Yvonne Denise Aki-Sawyerr, OBE, serving as the current mayor of Freetown, Sierra Leone’s capital and largest city, has been awarded the Bloomberg award for the Mayors Challenge this week. The annual competition recognizes 15 cities across the globe with the most promising ideas, innovations, and most recently, their adjustment to the pandemic.

The Global Mayors challenge is in its fifth edition. They are dedicated to improving towns by sparking innovative, replicating ideas for improving cities and the lives of people living in them. There have been 38 winners of the Mayors Challenge since its launch in 2013, including Chicago, Houston, Philadelphia, Providence, and Santa Monica, Calif in the United States, Athens, Greece; Barcelona, Spain; Kirlkees, U.K.; Stockholm, Sweden; and Warsaw, Poland in Europe and other cities in the Caribbean and across the globe. Each of the towns featured has had revolutionary ideas that have brought each area from good to incredible. This year Freetown from Sierra Leone was mentioned in this prestigious group under Yvonne Denise Aki-Sawyerr.

Yvonne Denise Aki-Sawyerr, the Sierra Leonean politician and finance, assumed professional office in May 2018. Born in the British Dominion of Sierra Leon, she lived and grew up in Freetown. She graduated with a degree in Economics honors. She further earned a master’s degree in International Relations and Politics of the World Economic at the London School of Economics and Political Science. She is also a chartered accountant by profession and has worked extensively in finance before becoming a mayor. As an academic and politician, this is not her first award as she has been ranked as one of the top 100 Women of the year 2020 by a prestigious global ranking system. As seen in her title, she has also been awarded the OBE; the Most Excellent Order of the British Empire is a British order of chivalry, rewarding contributions to the arts and sciences, working with charitable and welfare organizations, and public service outside the civil service.

Yvonne Denise Aki-Sawyerr is anything new to the global stage, but this award extends beyond her hard work. She stated, “Our target to increase vegetation cover by 50 percent means that we are not only planting trees but growing them. This intervention will enable us to do just that, as the private sector and residents sustain the planting through our tree investment platform.” Her reforestation plans and initiative have inspired her community. With an annual loss of 500,000 trees, the city must make significant changes to create a good and fertile environment. According to Bloomberg, Freetown is providing monetary incentives for communities to replant trees to establish a tree- trading market that funds additional reforestation. The initiative creates tree tokens to develop a new market focused on the city’s reforestation. This initiative offers a unique opportunity to use market forces to drive climate action at the community level.

Congratulatory messages were being sent to her this week from politicians and environmentalists. With much hope and excitement for the future, Yvonne Denise Aki-Sawyerr and the citizens of Freetown will push forward with their award-winning initiative to make their town better than it was before. 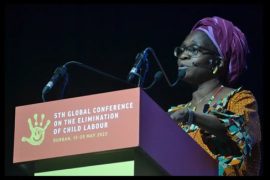 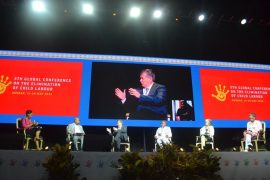 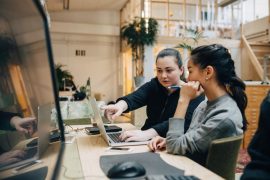