Lauren Pierce Bush Lauren is a daughter of Neil Bush and Sharon Bush, granddaughter of former President George H. W. Bush and niece of former President George W. Bush. Born in Denver, Colorado on June 25, 1984, Lauren was raised in Houston, Texas; she completed her high school education in Houston Texas, studied fashion design at BEBE and Central Saint Martins College of Art and Design and graduated from Princeton University in 2006 with a B.A. in Anthropology and a certificate in Photography.

She also had a career as a fashion model and designer, before the launch of FEED Projects, a social business launched in 2007 to fight world hunger on behalf of the UN World Food Programme. Bush is Co-Founder of FEED Projects.

FEED Projects, and its associated nonprofit, FEED Foundation, define success in terms of meals provided—85 million in seven years, the equivalent of roughly $11 million. Corie Brown of the Entrepreneur writes:

Lauren believes social entrepreneurship is most effective when the mission is clear to the consumer. FEED Projects sends funds from products sold—each stamped with a number indicating how many donated meals will result from the purchase—to its partners on the ground fighting hunger: UNICEF, United Nations World Food Programme and Feeding America. As part of its fundraising initiatives, FEED Foundation creates events that ultimately support the same organizations. The dollar equivalent of each meal is 11 cents in the U.S. and 10 cents internationally.

“FEED connects consumers to the cause of hunger,” Lauren explains. “If it is not quick and easy and simple, you lose the consumer. FEED is a nice way to hook people and make them more aware of what is happening around the world. That’s the role we can play.”

FEED’s simple calculus and youthful, well-designed products such as bags, bracelets, scarves and T-shirts have engaged Bush Lauren’s Millennial peers and made the company a model for other anti-hunger advocates. “It is a very big deal to reach young people on hunger,” says Billy Shore, founder and CEO of Share Our Strength, which created the “No Kid Hungry” campaign. Bush Lauren’s model of social entrepreneurship, he adds, “has taught us a broader lesson: the opportunity for nonprofits to create wealth instead of just redistributing wealth.”

A new deal with West Elm will enable FEED to be even more effective at that mission. For the partnership, Bush Lauren worked with the home furnishings company to design a 30-item range of FEED housewares (in West Elm stores now); a spring collection and a steady stream of other projects will follow.

“She articulated our culture absolutely perfectly,” says Jim Brett, who was named West Elm president in 2010 and has turned the chain of more than 65 stores into Williams-Sonoma Inc.’s fastest-growing brand, in large part by partnering with high-profile designers.

Bush Lauren’s renown came at a young age. She doubled down on fame and fortune when she married David Lauren, son of American designer Ralph Lauren, in 2011. But as the granddaughter of one U.S. president and the niece of another, she already led an exceptional life. She modeled part time while attending Princeton University. She traveled around the world as a student ambassador for the U.N.’s World Food Programme.

It was while working with the U.N. in Guatemala in 2003, dishing up corn and soya porridge for schoolchildren, that she was inspired to make fighting hunger her mission and refocused her budding design career on creating products that would
engage others in that cause.

With no business experience, she founded FEED in 2007 and grew it slowly through a series of mostly one-off partnerships made possible through connections. This gained her access to the professional expertise she lacked, while the partners
assumed most of the risk of developing FEED’s products, as well as managing distribution and marketing.

“FEED has been built on partnerships,” Bush Lauren says. “FEED offers this nice, easy, clear solution for our partner companies to engage with the mission of hunger, to allow their consumers to participate with them in giving back.”

“To have these amazing, prebuilt machines behind our brand and our mission really helped amplify what we are trying to do,” Bush Lauren says.

The Whole Foods partnership was a major breakthrough. “It showed me the magnitude of the impact, positioning and branding that you can have with a good partner. That partnership alone fed all of the schoolchildren in Rwanda for a year. Just selling one bag— the FEED 100 Bag —across the country in their stores.”

A three-month promotion with Target in 2013 placed FEED products in departments throughout the store. “To have the Target sourcing team behind the FEED brand was spectacular,” Bush Lauren says. “To go into product categories like apparel, and experience and play with things we hadn’t been able to do before—denim shirts, hoodies, tea towels, pie pans and bicycles. It was really neat to see FEED translated across so many categories.”

The secret to a successful corporate partnership, she adds, “is saying no to opportunities that may seem good, but in the end compromise your brand and your vision.”

FEED’s corporate partners seem to appreciate that clarity. “[Bush Lauren’s] very strong will helps keep the FEED brand strong,” says Maria Dempsey, executive vice president of marketing at Clarins. “She will not let another company dictate her brand. She makes sure her partnerships reinforce her values.”

Lauren is saying no more often these days as she edits the FEED portfolio. She wants fewer but deeper, more substantive relationships with partner companies that will allow FEED to engage directly with consumers. To this end, in the fall she launched FEED Supper, a month long campaign to inspire customers to host fundraising dinner parties for the FEED Foundation, which launched around the same time as the West Elm line. It was a powerful combination; with social media interactions rising, the company saw robust sales of the housewares collection and a spike in donations, which enabled FEED to deliver 1.8 million meals. 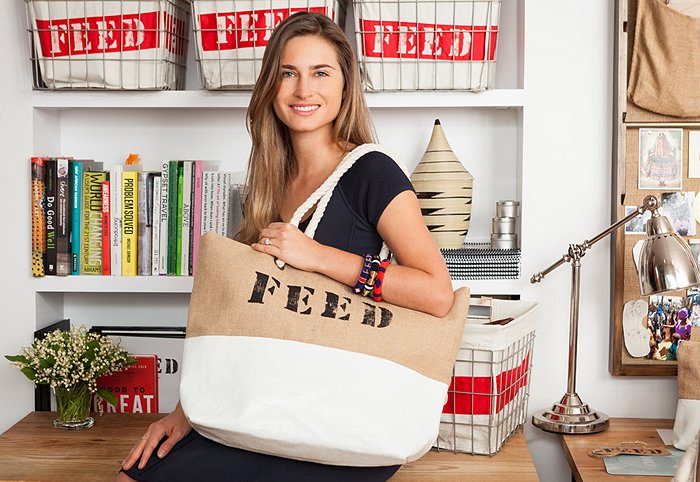 Lauren continues to expand FEED’s line of proprietary products—a diaper bag is one example—and ramp up sales on the company’s website. “We are giving our consumers a reason to come back and shop FEED time and again,” she says. Going forward, “we want to offer our consumers the same products on our site that our partners are offering on theirs, something West Elm allows us to do.

“We are developing FEED into more of a lifestyle brand with daily touch points for consumers to interact with us as a brand and as a mission,” she adds. “We want to scale our impact and our business.”

As part of that, FEED is bringing more operations in-house. “We want to be less reliant on others,” Bush Lauren says. “Partnerships continue to be a way for us to test next steps for FEED without having to fully invest our staff with the responsibilities, time and resources. But we have great product development, great logistics, great marketing in-house now. We are capable of doing this on our own.”

Lauren’s directness is her trademark. And she runs her office accordingly. “I expect everyone to be entrepreneurial and very collaborative,” she explains. “You have to be. If you aren’t, it immediately shows. That means taking the initiative,
problem-solving, being self-taught, learning things you may not have initially known, taking a class, calling friends, figuring it out, learning how we can do things better. Taking on more and more responsibility.”

As it evolves, FEED maintains its focus on delivering meals, including the same bare-bones porridge Bush Lauren first served to students in Guatemala. As the face of the organization, she is aware she is selling herself, and that means dealing with a larger-than-life family heritage. But she deliberately stays above the political fray; she has not jumped into the congressional debate over cuts to food stamps or joined first lady Michelle Obama’s crusade to improve the lunches served in public schools.

“It is a conscious choice of how you want to be perceived,” she says. “You act in a way you want to be seen. You meet me, you have to get past my name and move on to more real things.” 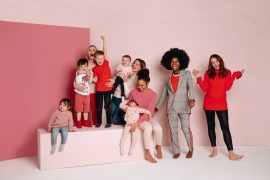 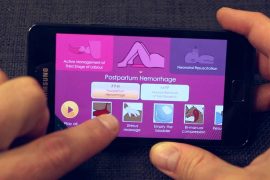 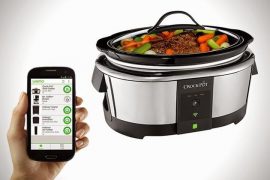