The year 2015 brought about a turnaround in the United Arab Emirate (UAE) for the women empowerment agenda,  as it recorded the first appointment of a woman as President of the country’s Federal National Council (FNC), making her the Arab world’s first woman to be elected to the role and her name is Amal al-Qubaisi

She is first female leader of a national assembly in the United Arab Emirates and the Arab world. Before holding the position she was the chairwomen of the Abu Dhabi Education Council. She also served as first deputy speaker of the FNC and became the first woman to chair a council session in 2011; she was elected to be a member of FNC for Abu Dhabi and President of the education, youth, media and culture committee in 2007, She was also a member of health, labour and social affairs committee. In 2001, she was appointed President of the cultural heritage unit of Al Ain’s Tourism and Economic Development Authority. She was also an assistant professor of architecture at UAE University, from 2000-2006.

Her appointment in 2015 was not Qubaisi’s first time making the history record books. In 2006, she was the first woman to be elected in FNC and first female to chair one of its meetings.

During the Council session, Qubaisi said “I am proud to take this seat for the first time as a woman in the Arab world. I dedicate this achievement to the great women of the UAE, and to the Mother of the Nation, Sheikha Fatima bint Mubarak.”

Qubaisi’s rise to the position took years and effort from her part. The 40-member FNC is the advisory federal authority of the UAE, and was formed to represent the general public. 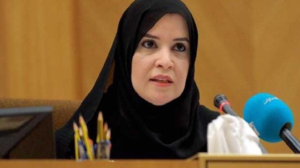 Eight women made it to the newly elected council, which is headquartered in the UAE capital of Abu Dhabi.

Compared to other GCC countries such as Bahrain and Kuwait, local elections are a relatively new phenomenon in the UAE.

Kuwait has the longest recorded political culture in the region, given that it elected its first national assembly in 1921.

Kuwait’s ruling family dissolved parliament in 1939, but it was reinstated in 1962 following independence the previous year. Bahrain elected its fourth parliament at the start of this year, with a strong turnout of 51.5 percent.

UAE’s newly-elected FNC is only in its third cycle and analysts suggest the country needs more time, as compared to its Gulf neighbors, before it can bare public criticism. 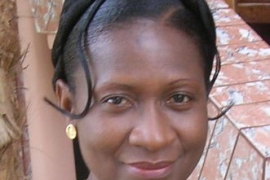