Women worldwide continue to change world views by going the extra mile and surpassing the limits society may have set for them while leading the way in most male-monopolized industries- in politics, business, and even in day-to-day life, they continue to inspire us. In this article, we are spotlighting a new rising star, Lungelihle Zwane, whose story started excitingly, but the journey has not always been so smooth. Today she is evidence that women can create ripples in the music industry no matter how and when they rise to fame.

Renowned as Uncle Waffles, Lungelihle is a South African female DJ making waves in the music industry. Born and raised in Swaziland, she has always been passionate about music. On a random evening in 2021, a Twitter video gathered millions of viewers who confessed to almost being “hypnotised” by her talent. The video was a short clip of Uncle Waffles performing on set whilst dancing surrounded by many music lovers. The video was an overnight sensation, but her journey in music started much earlier in her home in Swaziland.

From a young age, she loved singing and dancing to her favourite radio songs. As she grew older, this passion evolved into a love for mixing and creating new sounds. In an interview, she admitted that she perfected her craft during the pandemic.  “Since lockdown level 5, I’ve been trying to find my sound, and I’m still finding my sound,” she explained.

She has gained the attention of some of the world’s biggest names, including Canadian rapper and pop star Drake. Waffles has also performed on the same stage with Africa’s biggest names, including Davido, Wizkid, and the world’s top celebrities. Although she is now in a fantastic place, she admits that her rapid rise was not as smooth and comforting as she wanted. “It is a little hard to take the negativity that comes with all the praise, especially when you blow up overnight.” she confessed, “Thankfully, I have so much love from my team and family. It overshadows the hate.”

Although she is riding on a steady rhythm of success, this was not always the case. Lungelihle was nine years old when she reconciled with her mother after her parents rejected her on the day she was born. She revealed in her blog that she grew up with her grandma and only learned about her mother later in life. She confessed in her blog, “Growing up; I didn’t understand why I didn’t live with my mother or father; as a kid, the only reason you think of is the only thing that would make sense. They didn’t want you, so, unfortunately, that’s where the foundation started. It was hard getting used to that, and with that came a lot of silent struggles, till the beginning of this year.”

Uncle waffles also shares that her musical journey was not the quickest and easiest. “I quit my job, packed my bags, and I would ask people to play 10 minutes for free gigs.” she shared. When asked how she felt about her position in life earlier this year, she commented that it felt very surreal and overwhelming, “I’m present, but I’m also watching from the outside, and very proud of watching her. A lot of people go viral, and not everyone is lucky enough to go further, so I am thankful.”

In addition to her DJing career, Uncle Waffles is also a successful businesswoman. She owns Uncle Waffles Music, a record label and production company. Her blog features interviews with top South African DJs and producers. Uncle Waffles is best known for her official debut single “Tanzania” and the hit Extended Play Record “Red Dragon.” Her most recent performances were at the UK AMA Music Festival, which drew in hundreds of fans across the country. According to the media outlets, Uncle Waffles’ net worth in 2022 was estimated to be around $150,000

From her journey, she has this advice to give her fans and supporters: “Your dreams are valid. I’m very religious, and I believe in the God of the impossible, so if it means you need to physically pack your bags and move as I did, do it.”. Amazons Watch is happy to celebrate such young talents and women who persevere in their works and passions. No matter the journey, it is never too risky to take a leap of faith. 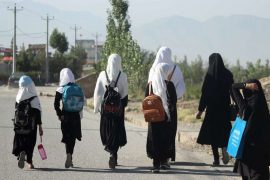 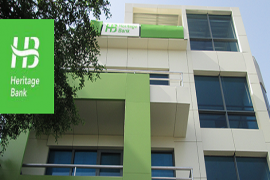 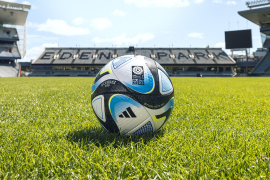