There are many reasons to consider taking a tour of Africa this holiday. Reasons range from her rich resources to her beauty and vast lands, her culture and beautiful people, to the food and animals. Africa also has the beauty for movie spots and photo shoots for the gram.

Below are listed Africa’s wonder monuments for your sight-seeing this holiday.

Located on top of one of the twin hills known as Collines des Mamelles right outside Dakar, Senegal is the tallest statue in Africa. The statue designed by Senegalese architect Pierre Goudiaby after an idea presented by president Abdoulaye Wade and was built by Mansudae Overseas Projects, a company from North Korea.

The Great Sphinx of Giza is the second tallest statue in Africa; the statue is an immense stone sculpture of a creature with the body of a lion and the head of a human. It still remains the largest structure created from a single piece of stone. The greatest monumental sculpture in the ancient world, it is carved out of a single ridge of limestone 240 feet (73 meters) long and 66 feet (20 meters) high.

The Colossi of Memnon are two massive stone statues of the Pharaoh Amenhotep III, who reigned in Egypt during Dynasty XVIII (18th Dynasty). Each statue stands about 18 meters high (making them the third tallest statue in Africa) and resembles Amenhotep III himself. They are located on the West Bank, directly across the Nile from Thebes.

Standing at 42-feet, in Ile-Ife, Nigeria is the tallest statue in Nigeria and fourth tallest statue in Africa. The statue was indigenously constructed by a team of about 200 Nigerian youths with materials sourced locally from the 774 local government areas in Nigeria.

The black granite statue depicts the third pharaoh of the Nineteenth Dynasty of Egypt, Ramesses II. Damaged during an earthquake in the fourth century, the statue was fully restored this year for the first time since its 1958–60 discoveries by an archaeological team led by Mohamed Abdel-Qader when it was found in 58 pieces.

Standing at 28 feet, “Jesus de Greatest” statue is the tallest statue of Jesus Christ in Africa. It is located in St. Aloysius Catholic Church in the Abajah local government area of Imo State, Nigeria. The magnificent sculpture was carved in white marble, was commissioned in 2014 and was completed in 2016 by a Chinese company. 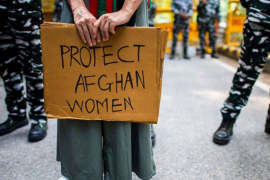 Seven women’s rights lost since the emergence of the Taliban 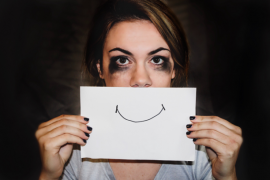