The African Technology Industry is beginning to feel the heat of many innovative women who are uniquely building the tech industry in their various regions. In West Africa, Rebecca Enonchong, stands as a dedicated tech entrepreneur with unrestricted dedication towards upholding technology in Africa.

Rebecca was Born in Cameroon in 1967. In her early teens she relocated to the United States with her family. While in the States, she started working as a door-to-door newspaper subscription vendor at the age of 15. When she was 17 she was promoted to the position of a manager at the same company.

Rebecca holds a Bachelor’s and a Master’s degree in Economics from the Catholic University of America. Having concluded her undergraduate studies, she went on to work for a number of organizations including Inter-American Development Bank (IADB) and Oracle Corporation, and she was also an independent consultant serving multinational clients.

In 1999, after Rebecca founded her footing in tech she pitched her tent in digital technology when she founded AppsTech. AppsTech is a Bethesda, Maryland-based global provider of enterprise application solutions, an Oracle Platinum Partner with customers in over 40 countries in three major continents. It is therefore safe to say that the company has grown into a leading global provider of enterprise application solutions.

Beyond AppsTech, Rebecca has built several other startups and incubators and she sits as the Board chair of several organisations.

She is Board Chair of Afrilabs, a Pan-African network of over 100 innovation centers in over 20 African countries that help mentor entrepreneurs. Also she is the Board Chair of ActivSpaces (African Center for Technology Innovation and Ventures) supporting entrepreneurs from two tech hubs in Cameroon. She is the cofounder and CEO of I/O Spaces, an inclusive co-working space in the Washington DC metro area. She sits on the board of Venture Capital for Africa (VC4Africa), of Salesforce.org, the African Media Initiative, Eneza Education and iamtheCODE.

Rebecca was named a Global Leader for Tomorrow (GLT) along with other tech entrepreneurs such as Google co-founder Larry Page and Salesforce.com CEO Marc Benioff by the World Economic Forum of Davos, Switzerland in 2002.

In 2013, she was recognized as a finalist for the African digital woman award.

Rebecca has also gained fame as one of the more followed sources for African tech news on Twitter, with over 30 thousand followers. Her handle, @Africatechie, has become a nickname for Rebecca in IT circles.

The Tech Industry has been greatly impacted by this rare amazon, and we undauntedly consider this a great pleasure to celebrate this great woman in STEM. 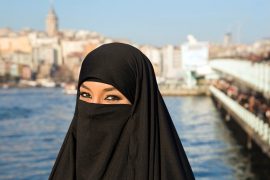 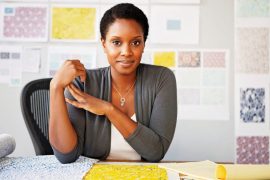 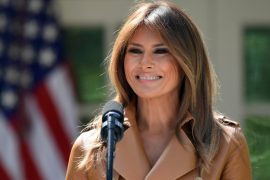