Despite the patriarchal nature of most Middle East countries, women from the region have been able to carve a niche for themselves in almost all facets of life.

Among these women is Iba Masood, a successful woman in STEM. Iba is a Pakistani woman born and raised in the United Arab Emirates. She is the co-founder and CEO of a project-planning and recruiting company called Tara AI.

Iba is a hardworking and purpose-driven woman, who currently heads the evolution of TARA Intelligence Inc. in Silicon Valley. Her company has recently raised $3 million in new seed funding from YCombinator, Moment Ventures, GSV and others. Prestigious organisations like; Ford, Cisco and Orange Telecom are using artificial intelligence from Tara AI to find top coders for freelance software projects.

She was thirteen-years-old when she bore the dream that births her present status. She had always wanted to own a tech-related company in the United States, one that would come to being with her ignition, and grow to become a huge, useful, successful, and resourceful to the technology industry.

In pursuit of this dream, she went on to study and at the age of nineteen, Iba gained a Bachelor’s in Finance and was the top of her class. Unfortunately, she had graduated at a time when the world was hit with global economic recession. Despite her good grades, getting hired was a huge problem for Iba, so she was unemployed for a long time. However, she stayed focused and continued to apply jobs while looking out for opportunities to begin creating the future she had dreamt of.

Finally, her dedicated efforts began to bear fruits when she was accepted into a trainee program at McKinsey which paved the way for her new role at GE. Although on getting to GE she was offered a very low salary, she was not perturbed, rather, finding herself in a job that pushed her towards her career extremely challenged her. The job exposed her career instability, which made her realized that she needed to grow and gain capability in order to support herself financially, do work that was rewarding to her, and have the potential for growth and development in her future.

So she stayed focused in gaining stability which was her topmost priority at the time and it pushed her to take premeditated risks to attain her goals. She foresaw the beauty in taking risks because of the potential reward that it could bring. She had resolved that if she was not getting what she expected she would go the extra mile to get to her dreams.

Iba founded her first company at age 21, which started out as a career platform for graduates to find jobs. At its inception, the platform was dedicated to catering for hundreds of Enterprise customers in the Middle East. She had always wanted to create a platform that would yield profit, jobs, and many more useful tools and products for the technology industry. Iba belived in herself that she had something that would be an advantage to the tech industry. She wanted to create something that had even more potential, and her previous success boosted her confidence to move forward.

Iba first came to the US on a visit visa and eventually stayed with the pull of her latest dream and entrepreneurial endeavor called TARA. She soon realized that her preconceived faultless view of the U.S.’s technology sector was not so true to reality. She had thought that the industry was a merit-based space in which everyone had a fair and equal shot. However, contrary to her perception she realized that being a woman and/or a person of color in the start-up world means it may be more challenging for you to get funding, or get opportunities for starting out/growth that others may get more easily. Having lived/worked in multiple countries/cultures, Iba resolved that the US has a long way to go in improving opportunity for minority groups.

Facing these challenges, Iba’s resolve was strengthened that the platform she was working on, TARA.AI, was a tool with which she could make positive and required impact in the industry. TARA’s Intelligence is used by software companies to predict and build an early version of their product. This allows a company to predict the tasks they will have to accomplish, and the milestones they will have to reach in order to successfully execute launching a new product.

A part of her journey that Iba is very proud of is having TARA become a YCombinator company. Iba first applied to YC at 17, and was not accepted. When she was 26, she gave it another shot but this time she was intimidated, feeling that as someone without an ivy league degree and as a Silicon Valley outsider, she may not get accepted. But despite the very real fear, she applied anyway – and not only got an interview, she also got the job.

She often tells her team that no woman is an island. Learn to build a network of friends, partnerships, mentors, peers, advisors, so you never feel that you are working alone. A solid way to ensure consistent development and growth is to surround yourself with a network of people who will constantly push you to grow, look at problems from different angles, and above all, keep believing in your innate ability.

Her words to other women: At every stage of the process (even when you’ve seen years of success), surround yourself with people who are smarter than you – absorb their wisdom to ensure broadened understanding, and ever-increasing knowledge toward happiness and success. 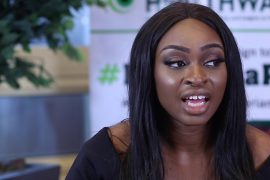 Creating Safety for Health Workers on the Frontlines Amid Covid-19 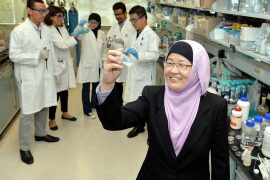 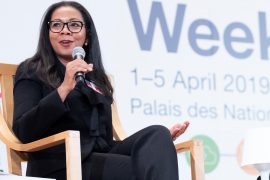