Cereals have provided unlimited health benefits to mankind as a staple food in our diet. Cereals are rich in complex carbohydrates that provide you with ample energy and help to prevent cancer, constipation, colon disorders, high blood, sugar levels and also enrich your overall health with abundant proteins, fats, lipids, minerals, vitamins, and enzymes.

Cereals are enriched with niacin, iron, riboflavin and thiamine, and most cereals have abundant fibre contents, especially barley, oat, and wheat. Cereals also have soluble bran that aids in lowering blood cholesterol levels and keeping heart diseases at bay.

Cereal consumption also means an intake of high amounts of protein; breakfast cereals are often eaten with milk that makes for a protein-rich meal. For infants, iron-fortified cereals are said to be the premium solid foods.

Different countries have different cereals as their staple food; the reason for this diversity is the production statistics. For example, what is the most significant cereal in the diets of most European countries and India? On the other hand, rice is the primary grain used in China, Japan, South East Asia, Bangladesh, Pakistan, Brazil, Myanmar, Vietnam, and the US.

Breakfast cereal is actually the packaged breakfast food available in almost all commercial food stores. These types of cereals are sometimes eaten cold or else mixed with milk or water and then fruits are added for extra nutrition and taste.

Corn flakes, porridges, and oatmeals are the best examples of breakfast cereal. Usually, these cereals are soaked or boiled to attain a softened structure, which makes them palatable. Sweeteners like honey, sugar or maple syrup are then added for a better taste. Breakfast cereals have become immensely popular in fast-moving countries, as they provide a bowl full of nutrients in a short and simple way.

The most familiar grains used for making the category of cereals include rice, maize, corn, ragi, bajra, wheat, barley, sorghum, Italian millets and oats. Here we discuss some of the most widely used cereal varieties. 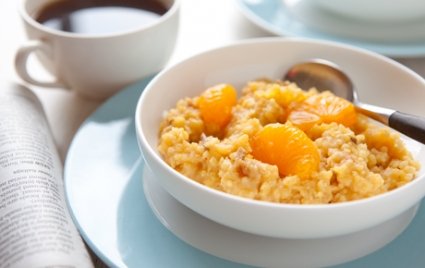 Rice: Rice is probably the most common and popular cereal consumed all over the world; especially in tropical and temperate regions. Rice cannot grow in cold regions. It is used as the staple food in most of the countries and restaurants all over the globe have invented some lip-smacking rice recipes that are truly appetizing but also come in the form of breakfast cereals.

Brown Rice: Brown rice is another variety of rice that is rich in the vitamin B group, particularly thiamine, riboflavin, niacin and minerals like iron, potassium, phosphorous and magnesium.

Maize: It is the staple cereal in continents like Africa and South America and is used as animal feed worldwide. ‘Cornflakes’, as we know them, are nothing but the flaked form of maize. Popcorn is also a popular corn product, which has become a favourite snack for all ages around the globe.

Wheat: This is a prime cereal consumed in temperate zones, especially in Australia, North America, Europe and New Zealand. Wheat is a major ingredient in foods like bread, biscuits, pastries, porridge, cakes, crackers, pancakes, muesli, pies, cookies, rolls, muffins, doughnuts, gravy, and some breakfast cereals. New research suggests that eating white bread could benefit health by encouraging the growth of beneficial gut bacteria. Wheat is grown in different forms all over the globe. Some wild species of wheat are now domesticated and are grown widely in specific agricultural zones. Some such species include ‘Spelt’, ‘Einkorn’ (wheat species with one grain only), ‘Emmer’, and ‘Durum’ (species of wheat used to make semolina).

Barley: This cereal is popular and a highly nutritious one that is usually grown for malting; livestock also thrives on it in lands that are not capable of growing wheat due to financial or climatic conditions.

Sorghum: It is consumed widely in Africa and Asia; it is also considered a good livestock feed.

Millet: It is grown widely in Africa and Asia. Millet porridge is extremely popular in China, Germany and Russia. It is also used in alcoholic beverages and sometimes as bird and animal feed.

Oats: Oats were initially a staple cereal in Scotland, however now oats are very popular as breakfast cereals in almost all countries. Owing to its fibre-rich property, oats are considered vital for all ages and are used as livestock feed.

It is often found that children are fond of cereal, as you can make them in a plethora of ways and they keep children filled for a long time. Grains have proven to be great food for kids since ancient times; they provide energy and enough nutrition required for healthy growth. If you can feed your child with at least one cup of cereal, your child gains almost half the daily requirements of most vitamins and minerals.

If you add milk or yoghurt to the cereal, it will enhance the nutritional content of the meal even further. However, choosing the right cereal for your child is very important. Check out cereal grains that have ample amounts of protein, iron and fiber. Protein aids in growth during the developmental years, iron is very important for healthy blood formation and fiber is necessary for a clean digestive tract. Some good choices for your child during mealtime include millet, barley, buckwheat, rye, oats and whole wheat.

You can also introduce juicy cereals to your kids. As said before, when you add milk to cereals they create a complete protein meal. If your child needs calories and protein, primarily go for a milk and cereal combination. On the other hand, if your child is in need of proper iron absorption, then juice and cereal mixture will also serve a beneficial purpose.