When speaking about Sri Lanka’s popular dishes one cannot escape mentioning the tasty Kiribath, a native food of the Sri Lanka people made with rice and coconut milk.

The food got its name from the main ingredients used in preparing it. Kiribath is a compound word for rice and milk in the country’s local dialect.

It is often believed that no Sri Lankan misses taking this popular dish as breakfast for at least once every week. And also Kiribati is the first meal every Srilanka born infant taste when transitioning from breast milk to solid food at six months.

Although the origin of Kiribath is not very known to researchers, the food remains the most common household dish in all homes of the Sri Lankans. It is also served at every occasion ranging from birthdays to wedding parties, anniversary or any known Sri Lanka occasions. 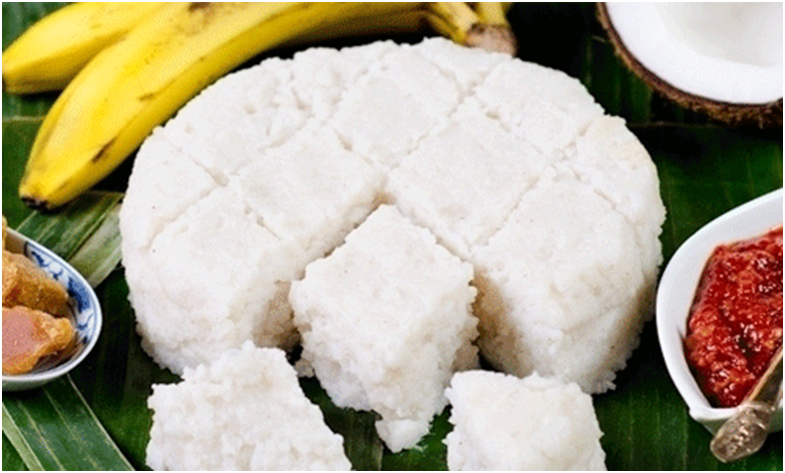 Kiribath is prepared with two major ingredients and some other minor supplement; the major ingredients are rice and coconut milk. The commonly used rice is the white rice but Sri Lanka in the south of the Island used the red rice.

First of all, the rice is parboiled in water for about fifteen minutes and then poured and cooked in the coconut milk with a pinch of salt until the liquid is absorbed. Many people will prefer to have this way with just the salt but some others will love to add other ingredients such as sesame seeds or cashew, but it still does not change the milky taste of the rice and coconut milk.

The second process involves pouring the rice into a shallow plate to dry then it is been cut into pieces of diamond shapes and served with Lunumiris, a mixture of red onions, red chillies, salt, and lime. It is also consumed with jaggery and bananas and sweets like ‘Kevum’, ‘Kokis’ and ‘Athirasa’.