Coping in a step family setting…

Most parents will agree that one of the most difficult parts of parenting is knowing how to apply age-appropriate discipline to their kids. A part from the Christian holy book states that” no discipline seems pleasant at the time, but painful”. This underscores the fact that most humans, be it kids or adults, will resent discipline at the time it is being meted out.

The matter of discipline can become even more of an issue when dealing with stepchildren. Experts agree that one of the trickiest parts for a stepfamily to navigate is the area of discipline. Many step-parents have heard the phrase “You’re Not My Real Mom/Dad” when trying to correct step kids.

Divorce, separation, death, and flings have made the reality of stepfamilies one that we have to come to terms with. Having established that stepfamilies have come to stay, how then will step-parents handle the matter of discipline, especially when children resent it by throwing tantrums like’ You’re Not My Real Mom/Dad”.

Patricia Papernow, Ed. D., a psychologist and member of the National Stepfamily Resource Center’s expert council, made some suggestions in her book,” Surviving and Thriving in Stepfamily Relationships.

Stepkids are often testing the boundaries of the new family dynamic and are likely to push some buttons. But, says Dr Papernow, so step parents should resist the urge to be pulled into a harsh, authoritarian parenting style.” that kind of firm but not loving parenting is almost always very toxic in a step-parent and child relationship.” Instead, the mind-set of the step-parent should be “connection before correction.

If and when possible, let the biological parent handle the majority of the discipline enforcement while the step-parent should focus on building a close-knit relationship with the stepchild.

In this article, we have compiled suggestions from different experts on step-parenting matters that can help you cope with the challenges faced in stepfamilies.

Keep talking with your spouse

The communication line between spouses in a step-parent family should always be very active and honest. Step-parents should always discuss with their spouse about what is working and what is not. Both spouses should always keep in mind that they are from two different family cultures and might have very different positions on matters, including discipline. Your job is not to agree with each other right away. It is to stay caring and open to each other despite your differences.” Staying connected takes time and talking, says Papernow, and lots of it. Check-in often and comfort each other when things are hard.

Don’t start with too many changes

Jenna Korf, a certified stepfamily foundation coach at Stepmomhelp.com and co-author of Skirts At War: Beyond Divorced Mom/Stepmom Conflict, opines that step-parents should not come into the stepfamily with their list of ways to “fix” things. “If they do, the kids might see them as trying to erase all evidence of their life before they entered it. Korf suggests that instead, give your family time to settle in and get used to the new living arrangement. Then try to tackle one change at a time while remembering that all members will need to compromise, “that means even you, the step-parent. Research shows that it can take four to seven years for a stepfamily to function as a family, so give everyone time,” Korf says.

Do set up a base level of respect

You can’t force children to like or love a step-parent, but you can require a standard level of respect. “The biological parent should convey to the children that ‘when you disrespect my husband or wife, you disrespect me,'” Korf says. Dr Papernow suggests that the biological parent clearly explain the difference between love and respect and the expectation for how the child needs to treat the new step-parent. “The parents can say, ‘You don’t have to love her, but you need to be decent to her,’ and explain what that looks like.” And a step-parent needs to demonstrate basic respect to the stepchild.

Don’t be the disciplinarian

The experts all agree that the step-parent should not act as the chief disciplinarian. Despite what you might think the step kids need or what your natural style of parenting is, harsh, authoritarian behaviour from a step-parent is sure to backfire. “Unfortunately, this sets the step-parent up for having an adversarial relationship with the kids,” Korf says. “Until you and the kids are well bonded, they likely won’t see you as an authority figure and will resist any disciplining you attempt. This can make life for a step-parent very difficult.” Instead, see your role as similar to that of a babysitter, Dr Papernow suggests. You can remind the kids of the rules and report misbehaviour to the biological parent, but not administer the consequences.

Do get to know your stepchild

Find time to spend one-to-one time with your stepchild to do what I call ‘shoulder-to-shoulder’ low-key activities,” Dr Papernow says. Think: a run around the lake, shooting hoops, watching a favourite show, or shopping. Many stepkids, especially if they’re teenagers, do not want to be forced into a sit-down, face-to-face, “let’s get to know each other” conversation. Instead, you want to build the relationship through shared experiences that will naturally give you opportunities to learn about each other. If possible, choose an activity that neither biological parent does with the child to limit any sense of competition. “If the John loves basketball, but his dad likes football and mom isn’t interested, then this could be a great way for a new step-parent to connect with him,” Dr Papernow says.

Don’t be a pushover

Although it may be best for you to play a backseat role in regard to discipline, this doesn’t mean that you have to be a non-participant. “The biological parent has the final say, but the step-parent still can have input,” Dr Papernow says. If your partner is not supportive of your needs or is practising permissive parenting, you can still decide what you will and won’t do. “The kids aren’t respectful to you? It’s okay to let them know that you’re happy to take them for driving practice, make them a sweet dessert, make their favourite meal for dinner — when they can treat you respectfully. Being a step-parent does not mean being a doormat,” Korf says. The goal for step-parents, Dr Papernow says, is authoritative parenting that is “loving and kind while still making developmentally appropriate demands for maturity and setting realistic requests of kids.”

Do realize that stepchildren will test you

Expect kids to act out,” says Rosalind Sedacca, founder of the Child-Centered Divorce Network and author of How Do I Tell the Kids About the Divorce? “Biological or step, kids naturally will test the waters and push the boundaries when there is someone new onboard. Children are feeling their way through how much control they have, and they will try to play both parents off each other.” Don’t take this as a sign that your stepchildren will hate you forever or that you’ll never be happy together as a family. Instead, keep having honest communication with your spouse about parenting issues and continue to find ways to have positive interactions with your stepchildren to build the relationship.

Your stepchildren are dealing with their own feelings of loss, anger, confusion, and resentment about the divorce or remarriage. It may be easy to see their misbehaviour as a direct attack on you, but remember that they need space and time to process the changes that have happened in their life. Even biological children are known to lash out at their parents with an “I hate you!” every now and then. “Children aren’t responsible for liking and getting along with the step-parent,” Sedacca says. “It’s really the step-parents’ responsibility because they are the adults.” Even in the face of misbehaviour or disrespect, maintain a sense of calm and maturity.

Do encourage and reward appropriate behaviours

Try the carrot method. Carrie Krawiec, a licensed marriage and family therapist at Birmingham Maple Clinic in Troy, Michigan, and executive director of the Michigan Association of Marriage and Family Therapy, recommends that step-parents focus on encouraging desired behaviours, attitudes, and interactions rather than disciplining for bad ones. “Biological parents generally have had all that time from infancy through the present to generate attachment and all those positive, loving feelings between themselves and their child. Step-parents are usually getting involved once the child is old enough to misbehave, but in most cases missed the opportunity to fall in love with the little bundle of joy,” Krawiec explains. “If we think about all of those loving feelings like a bank account, step-parents who jump into discipline are making withdrawals before they have sufficiently built a comfortable cushion.” Instead, Krawiec recommends looking (and you might need to look hard) to find ways to point out, compliment, and reward the right things the kids are doing. 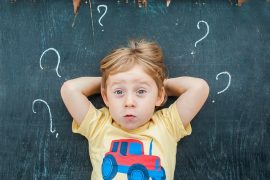 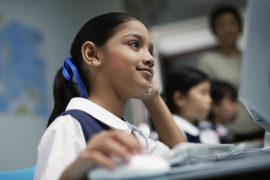