She Is My Sister, But I Hate Her!

Stella is a pain in the neck! Roseline blurted out.

She controls and pushes everyone around in the house. Simply because she is our eldest sibling, she decides what T.V station we should watch, she gets the lion’s share of everything, and she bosses everyone around.

I know she is my sister, but I hate her! Mrs. Jones overheard her last child Roseline, talking to her friend.

Sibling rivalry is one challenge parents often encounter and will have to deal with.

The truth is, no matter how well siblings tag along, they will also have their moments of conflicts and disagreements, which to some degree it’s normal. Sibling rivalry is unavoidable.

A University of Illinois study found that siblings ages 3 to 9 typically have arguments several times in an hour.

However, it becomes a matter of concern for parents when siblings are always at loggers’ heads.

In her book, Mary Ann Shaw, the author of “Your Anxious child” stated “An excessive amount of sibling rivalry can breed resentment, anxiety and low self-esteem.”

Dealing with siblings’ rivalry often may become exhausting and even heartbreaking for parents, but the good news is that it can be managed.

“All hope is not lost,” says Dr Norr. “There is no way to stop the bickering forever, but there are many ways to minimize conflict and to maximize productive resolution…,” he added.

In this article, we have gathered ideas and suggestions from experts that can help you handle rivalry between siblings, promote a cordial and close relationship that will continue into adulthood.

Setting rules in the home is an effective way to manage sibling rivalry.

Let your children know that certain actions are prohibited and will not be tolerated by you. Make it clear to them that you will not accept any form of violence between them, no hitting, the use of abusive words is completely unacceptable.

There’s got to be rules and standing order to live by.

“Each child needs to hear your house rules reiterated,” says Wolf. Say to children, “I know that you are upset, but we never hit; you have to use words to let us know how you feel,” he added.

Conflicts resolution is one important life lesson you should teach your children. It will benefit them not just for the now but also in the future.

“As kids resolve their disputes, they learn how to compromise and cooperate,” says Miriam Edelman Borden.

The Center for Parenting Education stated that ” this process involves each child expressing his point of view and listening to the other child’s point of view, generating several possible solutions for each of them, choosing one solution, and trying it.”

Stepping in maybe uncalled for when conflicts are not serious.

However, when disagreements become intense, with the use of verbal or physical aggression, you must urgently intervene.

When you are not present during such arguments, you should call the parties involved and talk about what happened, not forgetting to emphasize that you will not condone any form of violence and aggression in your home.

Children are fast imitators. They are observant and quick to learn from their parents.

Therefore, you must portray smart conflict solving skills with your partner and the people around you. Handle situations politely, with patience, and empathy. As much as you can avoid yelling, blaming, and name-calling.

Also, teach them how to be appreciative, by commending them when they handle situations properly.

Children are less likely to fight if they feel you appreciate each of them as an individual.

Make each child feel special. Each person’s needs, feelings, and perspectives are important. Find out what each child loves and create the time to engage with the child. Give everyone the space and time they need to be alone.

The Parents Magazine stated that ” being proactive about making sure each of your children gets enough one-on-one time with you can go a long way toward ending the rivalry.”

Find a way to get them close, but don’t force it. Get them involved in activities that you know they both love. Family time out can also create better bonding among siblings.

Pediatrician Sigmund Norr stated that ” family dinners, playing board games, spending time at the park and doing activities are a great way for children to bond and share positive memories.”

It is inarguably true that sibling rivalry will often occur. However, the problem-solving skill you teach them now will serve them well as they grow older in their day-to-day lives and will as well give you the peaceful home you crave for. 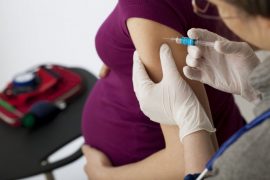 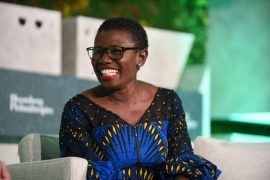 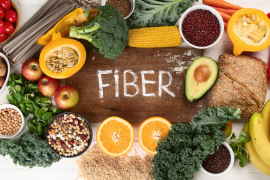