What comes to mind when we think about office romance? According to a 2018 survey by Harvard Business Review, the issues involved are likely to be familiar ones for many of us. 40% of respondents said that they had dated a coworker; 30% said they had enjoyed a one-night stand with someone from the office, and almost half of all office romances lead to marriage. Meanwhile The 2018 Vault Office Romance Survey found that only 4% of people found the idea of being involved with a colleague entirely unacceptable, but many voiced a note of caution: almost half of respondents were concerned about the ‘power issue’ of a relationship between employees at different levels.  A third believed that it would be problematic for colleagues working together on the same projects to be in a relationship.

Given the many potential professional and personal implications, are office romances delightful or devilish? Is a hurried romp in the water closet less impactful to productivity than flowers in the boardroom? And is there a recipe for the perfect romantic relationship between colleagues?

There are surprisingly few formal studies on office romance. A peer-reviewed paper published in Management Research (Pierce and Aguinis, 2003), enticingly titled “Romantic Relationships in Organizations: A Test of a Model of Formation and Impact Factors”, reported that office romances are potentially good for business: participation in a romantic relationship with a colleague was significantly associated with job satisfaction and commitment to the organization. More recently, in a 2015 paper in the Journal of Managerial Psychology, Doll and colleagues reported that the likelihood of being open to office romance is predicted by an interaction between the organization’s relationship policy, and the level of conscientiousness of the individual concerned. In other words, for some people office romances are about screwing the rules, while for others they are about the rules of…well, you get the idea.

On a more serious note, some office romances, with or without the blessing of the establishment, have the potential to wreak havoc on lives and careers. Some parties are more vulnerable than others – in a 2016 paper in the Journal of Social and Personal Relationships, Chan-Serafin and colleagues reported that ‘hierarchical workplace romances’ (i.e. sleeping with the boss) can be highly detrimental to junior employees. Contrary to the common trope of people using romance as a way to climb the career ladder, these studies showed that junior participants in power-imbalanced office relationships were less likely to be selected for training opportunities and promotions. Interestingly – and perhaps also at odds with expectation – they also found that negative career ramifications were more severe for men in relationships with female superiors, than women involved with male superiors.

Becoming involved with the boss is not only a career risk – it can affect your working relationships with other colleagues. A series of studies by Sean Horan and Rebecca Chory, reported in Psychology Today, explored how people would feel about their coworker dating a superior. Employees indicated that they would trust them less, felt they had less credibility, and would even be more inclined to lie to them. These feelings were stronger if the coworker was female. The same results were found for hetero and gay relationships.

If the implications are so potentially treacherous, why do so many people still become involved in office romances? A large part of the answer lies in practicalities: with people spending more and more of their time in the workplace, where else would they meet potential partners? Workplace relationships also have the immediate advantages of common experiences, shared goals, and mutual friends – in a sense, they come ready made, with none of the usual groundwork involved in dating. Plus, as Pierce and Aguinis discovered, office romances are associated with satisfaction and commitment of more than one kind.

Clearly there are pros and cons associated with being romantically involved with a coworker – the negatives being potentially much more severe if there is a power disparity. For peers dating peers, the picture looks rosier: colleagues do not show the same levels of mistrust, there are less negative career implications, and, if the relationship is solid, there are advantages in enhanced teamwork and productivity. Nonetheless, anyone engaging in even the happiest of office romances must be prepared for gossip, distraction, and the potential drama should the loving couple break up.

However are there recipes to keep a healthy and perfect office romance? Find out next week as we draw insight from Good&Co’s Seven Rules for Surviving Office Romance. To be continued….. 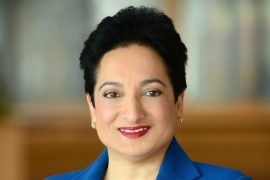 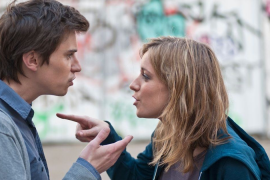 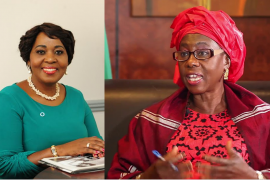