I am sorry, I am not sorry

I had just run 1 hour straight on the treadmill in a local gym and was frantically looking for a spot to sit my butt. The only available spot was a little space in a couch where three ladies who haven’t lifted a dumbbell since they walked in sat and were chatting heartily.

I squeezed myself in as I was too tired to ask for permission, the seat belongs to the gym after all. They were chatting loudly and I wasn’t sure if it was polite to listen to their conversation. I later rationalized that this wasn’t eavesdropping, as they were aware of my presence. It was an interesting conversation that kept me glued to the couch for more than thirty minutes, when normally I will only take two to three minutes break to catch my breath after an intense workout.

One of the ladies, a tall dark beauty in her early thirties was narrating her ordeal with her fiancé to her friends. She was going through a particular hard time financially, having recently lost her job. Her fiancé who was doing okay materially, will not offer any sort of support to her but then will punish her by withdrawing his affection and attention whenever he catches her in a bad mood. He will do this until she apologizes for being sad or broke ‘’I thought’’ and the cycle will continue again.

On this particular occasion, she had gone to his house unannounced and had seen him with a lady whom he will later explain off as being his cousin. Seeing as she was in a bad mood already, she had told him they should see later as she had come with the intent of having some heart-to-heart conversation with him on the need for him to offer some sort of assistance to her until she starts her new job which she was billed to resume in two months’ time. She knew she could not have that talk in front of his ‘’cousin’’ and had asked for a date later. Her fiancé went mad. He called her names and threatened to end the relationship. She left to avoid a confrontation, thinking she would talk to him later when he was calm. He sent break up messages to her that evening and haven’t picked up her call 2 days after the incident. This ladies’ friends were advising her to apologize to him and one even offered to follow her to his house to beg. I shuddered from where I sat. I could not help thinking about what exactly she was apologizing for.  Just tell him ‘’You are sorry’’ her friend advised. Don’t lose a relationship because of an apology.

If you’re a woman, there’s a good chance you use this phrase a lot—in fact, you may use it way too much. That’s not your fault. Women are taught and socialized to say sorry—to feel sorry—whether they’re in the wrong or not. It’s a form of deference, and it’s a way of making ourselves smaller or just appeasing. And even though it becomes such an ingrained part of our vocabularies that we often apologize when we are not wrong. It’s not good for us—and it’s not good for our relationships, romantic and otherwise.

Because all too frequently, those apologies aren’t real apologies at all. They’re said out of a sense of duty or awkwardness, to stop someone from getting angry or to hide the fact that we’re angry ourselves. So, it’s time to take a little inventory of our “I’m sorry” habit—and look at when an apology isn’t an apology at all.

In the next article on this segment, we will look at when apologies are not really apologies and why we should be mindful of our apologies, especially in a romantic relationship. 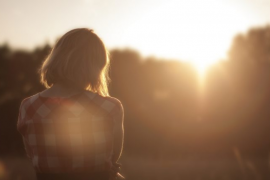