It was a sight to see as one of the youngest delegates stood up in front of hundreds of people with a bold voice and all the confidence a 17-year-old could muster.

She spoke loud and clear, demanding the attention of everyone in an earshot of her. The audience was attentive and captivated by her every word and syllable, yet she did not speak English.

Tara stood in front of ministers, decision-makers, CEOs, and heads of NGOs and demanded everyone’s attention even though no one understood her; the message was clear; Child labour is a serious issue and it is our responsibility to make sure it is a thing of the past.

Tara was just not in attendance as an activist and spokesperson, she is a survivor of Child labour, and she knew first-hand solutions to fix it.

At the 5th Global Conference on the Elimination of child labour, Tara Banjara was one of the invited young delegates to be part of the deliberation and the formation of the Durban Call to Action.

The difference between Tara and the other speakers was that she was not only a survivor, but she was one of the youngest speakers, and she had practical and working solutions to share because she had eliminated child labour in her village.

From the age of 4, Tara worked in construction. She and the other children worked on the road, paving and cleaning around. Tara is from a nomadic community called the Banjara community, often found in Rajasthan in India. They were exposed to dangerous elements as they travelled seeking work and had no protection from harsh weather conditions.

“I worked with my mother day and night even in the rain, only to return home too exhausted to eat, and the next day we started all over again.” She told us through the translator.

Tara was the oldest of her siblings, which is why she was sent to work for food to eat. She did not even realise that she was a child labourer, “I was just afraid of the cars coming and had to get the work done”, she explained.

When we travel on the roads, we often fear for children who play on the road, but it is hard to imagine those same children working to maintain those roads, yet that is the reality Tara lived.

Fortunately, Tara was rescued by Nobel laureate Kailash Satyarthi  and his wife, Sumedha Kailash . This was great news for her, but Tara did not end there.

Following this, Tara took this as a chance to help many other children like her and joined the 100 Million campaign at Kailash Satyarthi Children’s Foundation.

Under their guidance, Tara rescued all the children in her village from child labour and became a vocal activist for child education. She was the first child in her community to complete her primary school education and go to attend a secondary education.

Tara also prevented her sister from getting into child marriage and became an advocate against trafficking and child marriage, as well as child labour.

There is no child labour or child marriage in her village today because of her action, voice, and determination.

It was then no surprise that although no one understood a word of Hindi when Tara stood at the edge of the stage and asked everyone to make a promise to accelerate our actions and eliminate child labour, everyone stood in ovation and listened attentively.

By the time the translator spoke, everyone was moved and ready to take action. Our only hope is that our promise to Tara does not remain in words, but we can see action in our global community.

After all, if a 17-year-old could do it in her community, what is stopping us from doing the same. 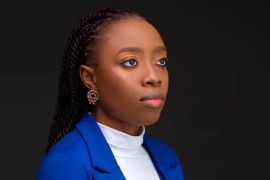