“Growing up in a family centered on public service, the idea that one should take what they have and give back in some way was always just part of my childhood and what I thought I would do,” says Lauren Bush Lauren.

In times where many close their eyes to the screaming needs of the poor and vulnerable, only very few humanitarians have made it a commitment to never cease to burn with the unending desire to give back to less-privileged population in the society. These ones are the reasons why we can be certain that the rain will never cease to fall on both the well-endowed and the needy.

Amongst these many humanitarians is Lauren Bush Lauren a daughter of Neil Bush and Sharon Bush (née Smith), a granddaughter of former President George H. W. Bush and niece of former President George W. Bush and former Florida Governor Jeb Bush. Lauren is a mother of two, an entrepreneur, model, fashion designer and philanthropist. She is also the CEO of the FEED Project which she co-founded with her father-in-law Ralph Lauren to fight child hunger.

After debating joining the Peace Corps, Lauren decided to take a different route. “I really wanted a way to rally my peers in the fight to end hunger—which does feel like this massive, overwhelming world issue,” she says. “At the same time, I loved fashion and design. So FEED really came out of this passion and interest in design, married with a way for folks to engage in this very overwhelming issue of world hunger and give back in a very tangible way.”

Today, Lauren presides over the altruistic empire of FEED. From an array of tasteful totes to the successful FEED Suppers, the organization offers a mirepoix of options to engage in the fight against the global hunger crisis. Every FEED product has a number on it, and that number signifies the amount of meals you’re able to donate, or kids you’re able to feed, when you make that purchase. She recently celebrated the company’s 100 million-meal goal and its 10th anniversary as a wonderful milestone. “For me, that was definitely a reflection moment of feeling so grateful that people have rallied behind FEED as a concept, and as a product company, in order to have that large an impact,” she says.

Lauren’s philanthropic journey first began with a U.N. World Food Programme trip to Guatemala when she was just 19 years old. Today, the same program is a main beneficiary of FEED. “It felt like such an easy, amazing, life-changing program that needed, and obviously still needs, a lot more support,” she remembers. “For me it really began with that firsthand experience of traveling around the world as a student. That really opened my eyes to the issues of poverty and hunger,” Lauren says, noting that approximately 795 million people around the world are hungry. “They literally don’t know where the next meal is coming from,” she says, clearly emotional. “You hear these sorts of crazy statistics, but going and being able to travel and meet with these families and commun ities and children and see that reality firsthand opened my eyes and my heart to that issue of hunger specifically. And from that experience, I wanted to do anything I could to help give back and especially help provide meals and nutrition to kids.”

Lauren notes that FEED helps the hungry both abroad and here closer to home with Feeding America as its partner in the U.S. “Every country is different and community is different—has different challenges,” she says. Lauren explains that in 62 of the poorest countries around the world, children are going to school and are given a free school lunch (a very basic kind of nutrient-rich porridge supplemented locally with whatever the community can provide or whatever the school garden can grow).

”It’s this kind of essential meal that kids rely on, and the reason kids are going to school, and are sent to school, often in places where dire poverty exists. So it’s just this awesome program, because not only is it getting kids fed and nourished, but it’s really giving them an opportunity to go to school and an incentive for kids to stay in school.” Current initiatives include work with Feeding America, No Kid Hungry and funding primarily home-grown school meals through the World Food Programme to encourage buying locally from farmers and feed locally in schools. “It stays a lot more sustainable, and you’re helping even more people because you’re supporting these farmers and their families, as well as being able to get food to school children,” she says.

Seeing children playing and laughing, engaged in school and with a better chance at a life to break out of the poverty cycle, is what makes this newly minted second-time mom happiest. “I took my first trip since becoming a mother last summer, and it was all the more emotional to see moms with their babies, who care so much about their kids and wanting the best for their kids, to have, at the very least, enough food to eat and proper nutrition and not being able to provide that,” she says of witnessing those heartbreaking moments. “Even here in America, it’s a struggle for so many. So I think it really has hit home, the work of FEED, all the more since becoming a mom.” 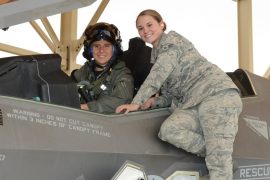