Women are globally often under-represented in the STEMM-related fields such as the medical field and engineering. The under-representation is worse in the case of African women when juxtaposed with the rest of the world.

African women are working tirelessly to close the gender gap in the science and engineering field, and Amazons Watch Magazine has taken the centre stage in the discussion towards the case for the participation of young girls and women in Science and Engineering.

Fittingly, In January of 2020, the CEO of Amazons Watch Magazine, Mrs. Ibifuro Ken-Giami, who has an unflinching passion for women empowerment and development, flagged off the Engineering for Girls Symposium and Outreach Program, as part of her research to test her model for attracting females to engineering.

With the theme, “Yes she can Engineer’’, discussions centred around addressing the under-representation of women in engineering in Nigeria and Africa at large.

This is in line with part of the vision 2020 of the Amazons Watch magazine, of showcasing diverse perspectives, insights, strategies & case studies that will challenge women at all levels across emerging economies, to tread uncharted waters and scale new heights.

Thus, we bring to you today, the story of Dr Gassou Amivi Kafui Epse Tete-Benissan, who is a role model for African women in science.

Dr Amivi Kafui Gassou Tété-Bénissan, is a PhD researcher in pharmaceutical and biological sciences and member of the Togolese Women for the Promotion of Science and Technology, an association of female professors, engineers, high school science teachers and doctoral students, who mentor and nurture the next generation of successful young women.

She also happens to be one of Togo’s few female science faculty members. Gassou Tété-Bénissan teaches cell biology and biochemistry at the country’s largest university, University of Lomé. She wants to use her research to enhance her understanding of the Togolese population’s biological profile as it relates to the environment, and use that understanding to improve living conditions.

Growing up in rural Togo and one of seven children, Gassou Tété-Bénissan was always intrigued by nature and the various forms of life around her. Her father, an agricultural engineer, and mother, a school teacher, encouraged her curiosity. They made sure that their daughter had the same educational opportunities as their sons. In the end, no one was surprised when she chose to study natural sciences in college.

In her words, “I chose to pursue an academic career not just to satiate my own passion for science, but also to share it with upcoming generations.”

I believe there is a general consensus in that Africa’s capacity to achieve its ambitious socio-economic goals depends on an ability to innovate using science and technology. Women’s equal participation is integral to achieving these goals, but African women’s contribution in the fields of science, technology, engineering and mathematics (STEM) remains low. One major factor behind this is inadequate encouragement of girls to pursue math and science at an early school-going age.

Gassou Tété-Bénissan’s achievements are not just an anomaly in her own country. According to the 2015 UNESCO science report, Togo has barely six female researchers per every million inhabitants.

Due to scarce academic opportunities for higher education at home, Gassou Tété-Bénissan obtained her bachelor’s in natural sciences and mathematics at the Académie du Maine in Le Mans, France. After studying cell and molecular biology at Université de Rennes, she returned to Togo and began teaching at the University of Benin in Lomé.

But while she was glad to be making a difference at home, Gassou Tété-Bénissan longed to continue her education, and limited research facilities in Lomé came in her way. According to her, it was difficult to do research in her specialization due to the lack of adequate equipment.

A decade after returning home, she decided to continue her education in France and enrolled in a PhD program at the Université Lille Nord de France’s School of Law and Health. This, of course, came with a lot of challenges as Gassou Tété-Bénissan was married by this time with two children, and didn’t want to give up her teaching career. For the next three years, she conducted her PhD research while commuting between France and Togo, taking samples out in the field and performing lab experiments on trips back home and in Lille. Writing her dissertation, while balancing family life and teaching, was tough. She considers those years as some of the most challenging ones in her career. Eventually, she earned her PhD in pharmaceutical and biological sciences, with a specialization in biochemistry.

Gassou Tété-Bénissan is one of the few lucky ones. Both her parents were well-educated, she was able to study abroad, and most importantly, she had family support. But for women who lack that kind of support, the role of well-knit female networks and mentoring by women role models becomes essential.

She became involved with the Togolese Women for the Promotion of Science and Technology because it helps improve Togolese girls’ secondary and university level performance. In math, physical sciences and chemistry, and increase their enrollment in science programs by providing financial, educational, and moral support through counselling. For the past 15 years, the program has helped over 2,500 girls.

The pass rate for girls who adhere to our tutoring program is over 70%, compared to 35% for non-participants,” Gassou Tété-Bénissan adds that hundreds of middle and high school girls have also received academic counselling.

She believes African governments must promote female leaders in order to provide young girls and women with more role models, a view that Amazons Watch Magazine completely shares with her.

She also feels that they need to create incentives to motivate girls by offering scholarships and grants in partnership with schools, municipalities, and local government. 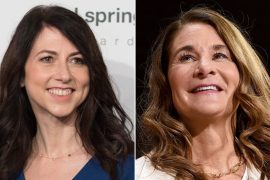 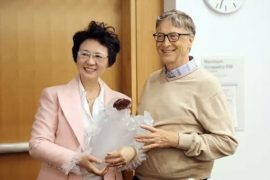 You Zhonghui Signs the “Giving Pledge” 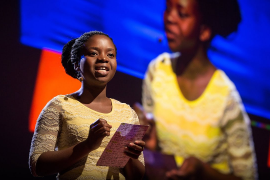 In Pursuit of Ending Child Marriage in Malawi