“The value of life is actually not measured by the amount of wealth you possess but by the contribution you make to society,” said Mei Hing Chak.

In this week’s segment of rural diamond, we will be showcasing the philanthropic activities of a compassionate humanitarian from southern China – Mei Hing Chak.

Chak was born in Guangdong province of southern China, into a humble household in one of the country’s more prosperous regions. She was raised like every normal child and was taught to live an honest and grateful lifestyle.

She grew up with the belief that “The value of life is not measured by the amount of wealth you possess but by the contribution you make to society”, and with this Chak has spent the better years of her life and wealth showing compassion to vulnerable people in her country.

A self – made businesswoman whose strides and successes in commerce and philanthropy are exceptional, she veered into the field of business after her high school education, instead of choosing the path to a college education, and she has never had a moment of regret about her that choice. Chak took a little loan from her mother to start up her own small garment business, though very small at the time, the business blossomed providing valuable opportunity to gain expertise, which inspired her to delve into other fields including the furniture industry.

Intelligent and resourceful, in business management, one profound scenario played as a major milestone to her company’s growth, Chak left the comfort of her home to live in the factory with her employees in order to follow her organization closely and save cost. This spectacular decision caused a huge increase in the company’s expansions, placing it among the largest furniture logistics enterprises in China. Enlightened by the growth potentials of her company, Chak also gained an insight into the lives of the ordinary people.

Motivated by her concern about the society, she dedicated her resource to meet various needs of the society by donating her money, time and resources to charitable causes. In the hopes that philanthropy will become a social custom in China, Chak company, the Heungkong Group established and funded the Heungkong Charitable Foundation, China’s first national-level foundation founded by the private sector, in 2005.

Through Heungkong Charitable Foundation Chak has been able to meet different needs in 18 provinces and cities in China. The foundation is committed to providing assistance in areas of education, poverty alleviation, and rescue and disaster relief.  It has steadfastly helped people in need and explored the way to sustainable development.

This unique character of Chak has given her a name amongst other Chinese women, as the Country’s first lady of philanthropy. She also received the Carnegie Medal of Philanthropy in recognition of her philanthropic work but most importantly following the foundation’s “Five 1000” program; to build 1,000 libraries, helping 1,000 disadvantaged students, and leading 1,000 activities manned by volunteers, a major act that has rescued many underprivileged children in China from a lifetime of illiteracy.

She became the first Carnegie Medal of Philanthropy recipient in mainland China and the second Chinese recipient following Li Ka-Shing.

The award is a good definition of “giving honor to whom honor is due” following her rigorous impact in giving hope to many hopeless people in China.

Chak has other plans to meet numerous societal needs and she seems to be taking them one at a time. 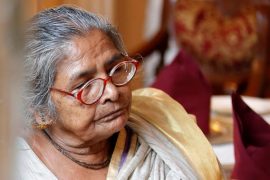 A 45 Years Mission to Assist the Sick 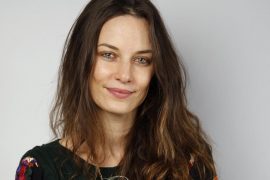 Bridging the Gap of Status-based Discrimination 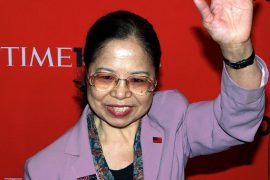 The Joy of Empowering the Less Privileged