Scarcely do we hear or experience the stories of extraordinary people who go the extra mile to help humankind, and setting an example in stone with their iron-clad will. However, Amazons Watch Magazine does not hesitate to celebrate these unsung heroes who have managed through lives’ difficulty to make the world a better place for others. Amongst these rare existing individuals is Padma Shri. A one-woman army who was stocked with the purpose of building a hospital, for people who cannot afford medical care.

For 45 years she pledged her life to this course, which she birth when her husband, for whom she could not afford medical treatments, passed away.

“When my husband passed away, I was in shock initially. Then I realized I had four hungry mouths to feed… I had no education and couldn’t even tell the time. So I decided I would do whatever work that was available.”

Her husband, Sadhan Chandra Mistry was an agricultural worker, who fell sick while working on the paddy farm. Suffering from a case of diarrhea, he was rushed to the hospital, but doctors and nurses refused to pay attention to him, as both the husband and wife were penniless.

“When my husband passed away, I was in shock initially. Then I realised I had four hungry mouths to feed… I had no education and couldn’t even tell the time. So I decided I would do whatever work that was available.”

Widowed at a young age of 23, Subhasini had to take care of four children, all on her own. What followed was abject poverty and extreme hard work to make ends meet. She worked as a house maid, a manual labourer, and sold vegetables and made a living.

One determined soul, Subhasini did not let anything come in her way. She tells IANS, that she had put two of her children in orphanage because she could not afford their education.

She sacrificed, saved, and economised which, as she says, was for the ‘greater good’.

According to India Today, she gathered enough savings over years to buy one-bigha (one-third of an acre) plot. In 1993, the Humanity Trust was formed and a temporary clinic was set up with the help of the residents.

Gradually, a permanent building of Humanity Hospital came into being in Hanspukur village near Kolkata, in the year 1996. A lifetime of patience and crushing hardwork had led to this moment. The hospital building was inaugurated by the then-West Bengal governor, K.V. Raghunath Reddy.

Apart from building a hospital that runs on charity, her dream was to see one of her children as a doctor in her hospital. Now, among the 12 doctors at the hospital, one is Ajoy, her younger son, who carries on his mother’s vision.

She told United Nations in India, that ‘no one should be denied medical attention’. With this fundamental message in her mind, major surgeries take place in her hospital for less than Rs. 5000, whereas minor ailments are taken care of for Rs. 10 only. She has also started another hospital at Sundarbans.

This powerhouse of humbleness and magnanimity received Padma Shri earlier this year for her social work. She gathered the award clad in simplicity, wearing chappals.

She also received Godfrey Phillips Bravery Award in the mind-of-steel category, in 2009.

Now, Subhasini aims to make her hospital function like any other modern-day 24-hours facility hospital. As of earlier this year, an ICU was yet to be set up in the hospital. According to India Today, there remains, at times, a lack of ready availability of doctors and nurses since the hospital runs on donations and they are not paid.

Despite all the shortcomings, Subhasini keeps her head high and her heart strong to take down problems as they come. Unstoppable, this woman, is the real star of India. And it’s because of people like her that our faith in the genuine goodness of humankind gets reestablished.

On the occasion of International Women’s Day on March 8, actor-turned-producer, Dev Adhikary announced that he will produce a biopic on the life of Subhasini.

Subhasini dedicated her whole life to realise her vision. We salute this testament of strength and philanthropy that extends beyond the ordinary. 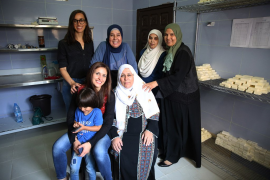 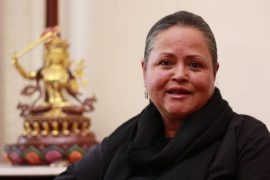 In Pursuit of Women’s Empowerment and Global Peace 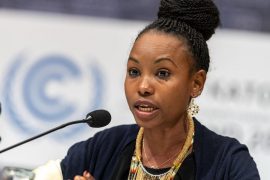