For most women around the world, comfort is one thing which is highly sought after but for a few people, it is something they wish for but may not be able to get again. Tanzanian born Wakonta Kapunda is one of such people who wish to have a normal like her peers, but cannot because of an accident which has rendered her totally paralyzed.

Some people faced with this situation would have given up but her determination has brought her to the forefront. Today, she is recognized and serves as a symbol of hope to other people passing through equally challenging situations.

The sad story of this young girl touched a lot of Tanzanians across the country in 2016. Wakonda Kapunda’s life changed abruptly after being engaged in a fatal car accident driven by her fellow student during her graduation after Completing Advanced Secondary Education in Korogwe, Tanga region, in 2012. That accident paralyzed Wakonta’s whole body and forced her to do all activities by using her head only. What impressed many people is her spirit of not despairing easily by taking part in scriptwriting competition organized by a film company in Uganda. By using her tongue in writing on her tablet, she managed to be chosen to advance in the first stage. She decided to come out to public seeking for help from good Samaritans to finance her trip to attend 10 days training in Zanzibar Islands which cost around Tanzanian shillings 4 million. 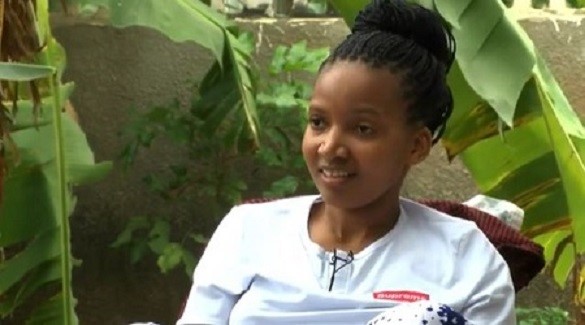 She is perceived as a heroine for not letting her condition hold her down from accomplishing the goals she set. Many people and organizations were touched by her story and helped her out to achieve her dream.

The 25-year-old lady from Tanzania, who is inspiring many people with her resolution to make things happen despite her condition uses her tongue to write film scripts, respond to phone calls and send texts. She is fast becoming screenwriter.