Planned Parenthood on Monday sued to overturn the latest state abortion regulations, claiming the rules have already forced it to cancel appointments for some women in Columbia and will prevent new clinics in Springfield and Joplin from opening.

In the federal lawsuit filed in the Western District of Missouri, the two Missouri-based Planned Parenthood affiliates are seeking a temporary restraining order blocking enforcement of rules requiring a complication plan for women who have trouble after taking medication to induce an abortion.

The regulations are unconstitutional, the lawsuit argues because they require a doctor handling complications to have hospital admitting privileges that have been rejected by the U.S. Supreme Court when applied to doctors performing abortions.

“This ‘complication plan’ flies in the face of our patients’ constitutional rights to safe, legal abortion services without undue burden,” Planned Parenthood Great Plains interim President and CEO Aaron Samulcek said in a news release. “Yet, we find ourselves in court for the third time in one year, challenging clearly unconstitutional laws written by ideological extremists with one agenda — to end abortion access in Missouri.”

The emergency regulations, which take effect Friday, were written to implement a new law passed during a legislative special session in July. The lawsuit is the second one challenging enforcement of the new law.

“The Missouri complications plan requirement for medication abortions is a common-sense regulation that ensures women have access to adequate care in medical emergencies,” Attorney General Josh Hawley said in a prepared statement emailed to the Tribune. “My office will continue to vigorously defend these regulations.”

The Columbia clinic received a license Oct. 3 to provide medication and surgical abortions and began seeing patients for pre-abortion visits on Oct. 16. Medication-induced abortions are provided to women who have been pregnant for 10 weeks or less and involve two doses of medication, one usually taken at home.

Because Missouri law requires women to give consent for an abortion at least 72 hours in advance of a surgical or medication abortion, the regulation unnecessarily burdens women seeking the safest form of abortion, said Bonyen Lee-Gilmore, spokeswoman for Planned Parenthood Great Plains.

The consultation before consent must be provided by the same doctor performing the abortion, under the new law that took effect Oct. 24. That means women who want a medication abortion must now travel to St. Louis or Kansas City, Lee-Gilmore said.

“We already know that the hospital admitting is unconstitutional,” Lee-Gilmore said. “This is dangerously close, and the lawyers would argue it is the same.”

Planned Parenthood Great Plains has received licenses for two abortion clinics, in Kansas City and Columbia, since U.S. District Judge Howard Sachs ruled in April that the state could not enforce laws and regulations requiring specific physical facility requirements and abortion doctor admitting privileges at a hospital near the abortion clinic. The April ruling was based on a 2016 U.S. Supreme Court decision declaring similar laws from Texas to be unconstitutional.

The Missouri Department of Health and Senior Services issued a license Aug. 11 for the Kansas City clinic to provide surgical and medication-induced abortions.

The department issued the complication plan regulations the day the law, passed in July, took effect. The regulations require that either the doctor providing the abortion services or another obstetrician-gynecologist in the area be available 24 hours a day, seven days a week, to personally treat any woman experiencing complications.

“The regulation singles out medication abortion and its providers for different and more burdensome treatment than all other patients or health care providers regulated by the state, including countless medical procedures that are much riskier and for which complications are much more prevalent than medication abortion,” the lawsuit states.

But the complication plan for the Columbia clinic has not been approved. The department would not accept that the clinic has “an existing written transfer agreement between its Columbia health center and a local hospital, which provides that the hospital will accept and treat any … patients who require follow-up care in a hospital setting.”

“Getting your wisdom tooth out has higher complication rates,” she said. 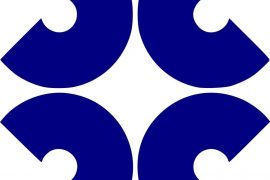