During a recently held press conference, Noem said, “Today we’re announcing that we’re forming a coalition called DefendTitleIXNow.com,” referring to the federal law that prohibits discrimination based on sex in educational programs and activities. “The coalition will consist of athletes, leaders, and everybody who cares about protecting women’s sports.”

Noem said that the coalition is separate from the debate surrounding House Bill 1217, titled Promote Continued Fairness in Women’s Sports, which bars biological males from competing in women’s or girls’ sports, because the coalition’s focus will be on women’s rights and maintaining a fair competitive environment in women’s sports and Title IX, not transgender athletes’ rights.

However, the governor said one of the main motivators for creating the coalition is to build enough support to push back against any pressure from groups like the National Collegiate Athletic Association (NCAA), which insists on requiring biological males to be included in girls’ sports.

“Once we have enough states on board, a coalition brought big enough where the NCAA [National Collegiate Athletic Association] cannot possibly punish us all, then we can guarantee fairness at the collegiate level,” Noem added.

Noem said after consulting legal scholars she decided that the coalition to protect Title IX will be far more effective and cost-efficient than getting into a legal battle about transgender women playing on female sports teams.

“We’ve been trying to figure out how to defend women’s sports effectively. These legal scholars think that South Dakota’s chances of winning a lawsuit against the NCAA are very low. When it comes to this issue if South Dakota passes a law that’s against their policy, they will likely take punitive action against us.”

Recently, a letter signed by more than 500 college athletes was sent to the NCAA urging the organization to “only operate championships and events in states that promote an inclusive atmosphere.”

To date, close to 20 states have introduced legislation barring biological males from competing on female teams, including recently Mississippi Governor Tate Reeves, who signed such a bill for which his state is likely to be sued by civil rights and private organizations like the NCAA. Idaho was sued last year for such a bill.

Noem is trying to get around these legal issues by focusing on Title IX of the federal law. She said she is asking members of the coalition to sign a pledge to protect fairness in women’s sports.

The South Dakota governor said the coalition would refer to a person’s birth certificate designation to define their sexual identity.

Noem’s effort to protect the rights of biological female athletes by forming this national coalition is in sharp contrast to Democrats in the U.S. House of Representatives passing the Equality Act, which they say is an anti-discrimination set of laws aimed at giving transgender individuals equal rights under the law. Opponents say it would penalize religious people for their beliefs about marriage and biological sex.

Last week Noem made headlines when she returned House Bill 1217 to the legislature with a ‘style and form veto’ with suggested revisions she wants to be made before signing.

At Monday’s press conference she said she is still eager to sign the bill if the changes are made.

“Now, I can classify myself as a woman and compete in the Olympics and probably win a gold medal in certain events today [by simply] saying I’m a woman,” said Walker. 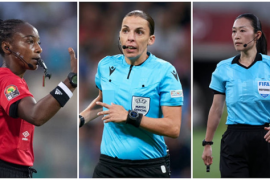 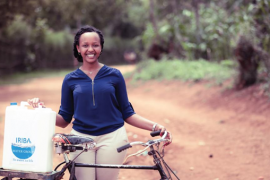