The British and US Embassies to the Holy See are teaming up to host a virtual symposium in honour of the many women religious who carry out the Church’s mission to assist the poor and vulnerable.

Entitled “Women Religious on the Frontlines”, the one-hour, online event takes place on Tuesday, 23 June, at 11 AM.

Both praised the work of women religious.

Ambassador Gingrich called them “the unsung heroes of the Catholic Church” whose efforts often go “underappreciated and unnoticed.”

“Like our US colleagues,” said Ambassador Axworthy, “we deeply value the work of the women and men religious in caring for the most vulnerable members of society.” They provide essential services for people around the world who have little other support, she added, “without blowing their own trumpet and often at great cost to themselves.”

Ambassador Gingrich said religious sisters “truly are the educators, entrepreneurs, health care providers, and humanitarians on the frontlines in so many communities around the world.”

The symposium comes as many people face extreme difficulties brought on by the Covid-19 pandemic.

Consecrated religious continue to work tirelessly to help them through challenges like unemployment, poverty, and food insecurity, according to Ambassador Gingrich.

“Our symposium will emphasize this exact point,” she said. “Women religious are among the most effective and vital partners we have.” Sisters, she noted, “often have an unparalleled understanding of the social, economic, and political situations in their region.”

Ambassador Axworthy pointed out that sisters are “endlessly agile, spotting needs and responding to them”, as well as “resilient, staying in conflict zones for example.”

Tuesday’s virtual symposium will include a panel discussion featuring three women religious who have vast experience in promoting education and human rights and assisting victims of human trafficking.

Ambassador Axworthy described their example of service at the heart of the Church.

Sister Imelda Poole, president of Religious in Europe Networking Against Trafficking and Exploitation, “helps trafficked women in Albania and throughout Europe.”

Sister Alicia Vacas, Provincial Superior of the Comboni Sisters in Jerusalem, “supported her fellow sisters during the Covid-19 pandemic in northern Italy, and her order, the Comboni Sisters, runs hospitals in challenging conditions in countries like Chad.”

These women religious, said Ambassador Axworthy, “represent the sisters’ ethos of selfless service to the people who need help most.”

Ambassador Gingrich recalled that religious sisters “are often the last beacons of hope for millions of people who otherwise would not have a voice.”

Their service extends to “the displaced and the desperate,” she added, “in places where governments and humanitarian organizations struggle to operate.” 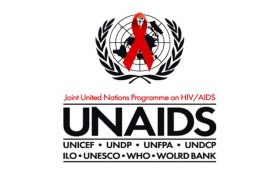 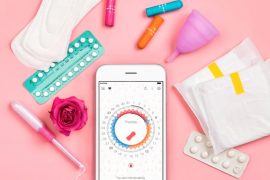 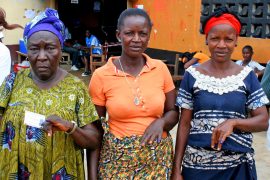