‘Buzz Women’ an NGO engaged in women activism in the Gambia, on Tuesday 26th September 2020 inaugurated a borehole with overhead tanks for Sukuta women gardeners in their response to assist people during the Covid-19 pandemic.

In their initiative for sustainable development which aims to provide adequate water supply to the Sukuta women’s garden, ‘Buzz Women’ learned that this has been a serious challenge to women gardeners.

Speaking at the handing over ceremony, Fatou Kinteh, the Minister of Children and Women’s Affair acknowledged that if men complement the efforts of women, poverty will soon be eradicated.

Minister Kinteh said the President is very much aware of the important role women play in national development making women empowerment a key factor of the National Development blueprint.

Fatou Touray Cham, the National Coordinator of ‘Buzz Women’ the Gambia, said in December 2017, fourteen women from The Gambia joined their Dutch counterparts from the Netherlands for a one-week leadership training to map out a program to address issues affecting women through knowledge and skills in order to make them independent; that this event was organized by Better Future from Netherlands, and ‘Buzz Women’ was able to train over three thousand women within the West Coast Region,

“We train literate and illiterate women who live in rural and urban communities of the Gambia. Women are home, and agriculture workers in our country and Gambian women face lots of challenges,” Ms Touray said; that they trained women on financial management on the profits they make and how to maintain an account book with Banks; how to plan expenses and how to start a new business, and to increase income and pave the way for women to realize their potential to combat poverty and other problems that affect their lives.

“Our vision is to create self-sufficient reliant rural, confident and decision making women in five years from today. We intend to train a hundred thousand women,” she said.

Saikuba Touray, the contractor and proprietor of ‘Water Point’ Company said the borehole has the capacity to discharge thirteen thousand litres of water per hour and can accommodate any type of pump.

Ousman M. Cham, the adviser of the Women gardeners, said the land should remain reserved as it is for the women. She, however, expressed joy to be part of a project that will give women the opportunity to excel. 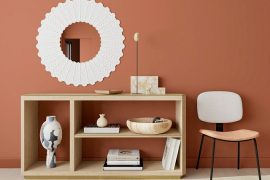