Following the rise of domestic violence in Botswana during the coronavirus pandemic, the country’s authority will launch 25 gender violence courts this week to advocate for victims.

This measure according to women’s campaigners will bring swifter justice to victims of sexual and domestic abuse.

The government of the southern African country moved to establish the courts after women’s rights advocates warned that lockdown curbs were exacerbating high rates of gender-based violence by trapping many women at home with abusers.

“(Bringing a case to court) can be a long, tedious process, and this frustrates many victims,” said Kgomotso Kelaotswe, a counsellor supervisor from the Botswana Gender-Based Violence Prevention and Support Centre.

Nearly 70% of women in Botswana have experienced physical or sexual abuse – more than double the global average, according to the United Nations Population Fund (UNPF), and police statistics indicate a spike in cases this year.

Police have recorded 2,789 rapes since January compared with 2,265 during all of 2019, said police spokesman Dipheko Motube.

Many victims do not report gender-based crimes due to fear of reprisals by their abusers, stigma, reluctance to go to the police as well as being deterred by the prospect of lengthy court proceedings, rights groups said.

Magistrate Tshepo Thedi, who will sit at one of the dedicated courts, said she hoped a faster turnaround would encourage victims to maintain charges and spur brisker police work.

“If a case is given high priority, then investigations will hopefully be faster unlike now where cases can drag on for a month or two,” Thedi said.

But rights campaigners and victims say delays are common.

Abuse survivor Tshepiso Moeti, who declined to use her real name, said she withdrew charges against her husband after a six-month wait for the courts to take action made her lose faith in the justice system.

“Issues of domestic abuse … tend to get low priority in the courts, but … government has to ensure they are treated urgently and the specialised courts are a step in the right direction,” said Moeti, 36, a teacher.

“Many people, particularly women, have lost their lives at the hands of abusers because justice takes too long to be served,” she added.

Kelaotswe urged the government to review the bail system in rape cases, saying it was common for alleged rapists to be granted bail and “walk freely in the community”.

“In some cases, we are forced to keep victims longer for their safety, because if they go back to their homes, the perpetrator might come back and attack them again, or worse, kill them,” she said. 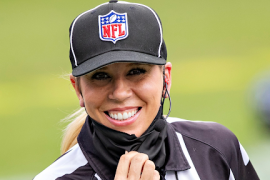 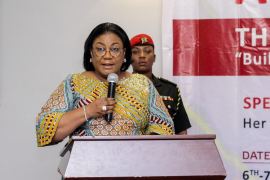 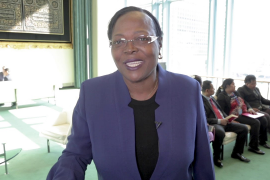