With normal lifestyle gradually coming back and businesses reopening, entries for Miss South Africa beauty pageant have been announced to commence from Monday, May 11 at 9 am through to Sunday, May 31 at midnight.

Organisers believe they may have the best year ever and are hoping for a record number of applications.

It may result in record numbers and interest in the pageant which celebrates its 62nd anniversary this year.

“Last year’s pageant was hugely successful, with a record number of entries and the most diverse line-up of contestants in the history of the contest. The crowning glory was the eventual winner Zozibini Tunzi going on to take the Miss Universe crown and capturing the imagination of people both home and abroad. Tunzi has to be one of the best-loved and inspirational winners the pageant has ever produced,” says Weil.

“Long before Covid-19, we were planning our rebranding and a new look for a new decade. This week we launched our new logo with the tagline Face Your Power. Embrace Your Future. No longer is Miss South Africa just a once-off event; it’s now a year-round business and a brand that provides both a leading voice for women’s rights and a platform to effect social change. On Monday, we will be opening entries online, and it will be full steam ahead.

“We had already streamlined our entry process last year when we went online, so nothing has changed with the lockdown. We will be searching for talented young women throughout the country. Our main goal is to bring about hope and showcase women empowerment through the Miss South Africa platform, and we believe that in any format this will be something that the whole country will get behind.”

So, does Weil think that not being able to meet and greet people in person will hinder Miss South Africa 2020?s duties?

“No, in fact, I think by doing a lot of meets and greets online, she will be able to reach – and inspire – even more, young women across the country. Our main goal is to make Miss South Africa attainable, and through online interaction, this will make it easier. I think this year people will be engaging with, and listening to, the young woman who eventually holds the title of Miss South Africa 2020 more than ever.”

Weil also reveals that reigning Miss Universe Zozibini Tunzi is the face of the Miss South Africa 2020 media campaign which kicks off on Monday.

“Zozi filmed the commercial in early February during her triumphant homecoming visit. What’s ironic is that we used a mask as part of our reveal! It had nothing to do with Covid-19. We had no idea that was coming,” says Weil. 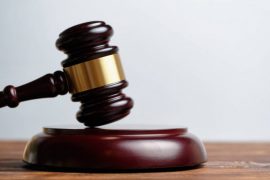 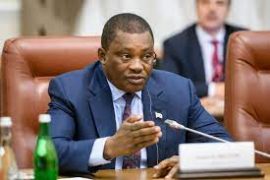