The Sudanese government has announced the criminalization of female genital mutilation (FGM), making the practice punishable by three years in jail. According to campaigners, this move signifies a “new era” for girls’ rights in the country.

Last week, Sudan’s transitional government approved an amendment to its criminal legislation, stating that anyone who performs FGM either inside a medical establishment or elsewhere faces three years’ imprisonment and fine.

Women’s rights groups are of the opinion that the punishment would help to end FGM but warned that it would be a challenge to promote this in communities that view the traditional practice as necessary marital rites.

Africa regional director for Equality Faiza Mohamed told the Thomson Reuters Foundation that “FGM prevalence in Sudan is one of the highest globally”. “It is now time to use punitive measures to ensure girls are protected from this torturous practice,” she said.

Faiza further explained that having a law against FGM acts as an important deterrent. However, Sudan may face challenges in enforcing legislation. People who still believe in the practice might not report cases or act to stop FGM when they know it is happening. “Communities may look for ways to avoid detection, while officials who believe in the practice may not uphold the law, warned Mohamed.

FGM is the partial or total removal of the external female genitalia, also known as “cutting. Girls can bleed to death or die from infections, while FGM can also cause fatal childbirth complications later, according to health experts.

In many cases, most of the vaginal opening is sewn up after removal of the external genitalia, a practice known as infibulation that can lead to cysts, injury to the urethra, painful sex and an inability to orgasm.

According to United Nations data, almost nine out of 10 women and girls in Sudan have undergone FGM, and an estimate of 200 million girls and women worldwide have undergone FGM. The anti-FGM campaign group 28 Too Many, says that more than three-quarters of procedures are conducted by nurses, midwives or other medical personnel in the country.

FGM is practised in at least 27 African countries and parts of Asia and the Middle East, as well as in Europe, the United States and Latin America. It is carried out by members of different religions and cultures.

Since the ousting of Omar al-Bahir in April last year, the Sudanese government has pledged to prioritize women’s rights. In this light, Prime Minister Abdulla Hamdok has appointed women to cabinet positions of foreign affairs, youth and sports, higher education and labour and social development.

Anti-FGM campaigners said criminalization of the internationally condemned practise was a sign of the new government’s commitment towards democracy and equality.

In achieving maximum results, sensitization must come into play. The government should employ personnel that would go into the local communities and sensitize the public about the risk involved in FGM. This can be effectively carried out by going through religious leaders, age groups, head of communities, union leaders and healthcare centres. 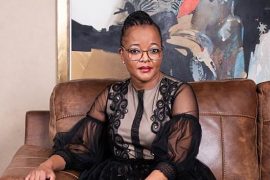 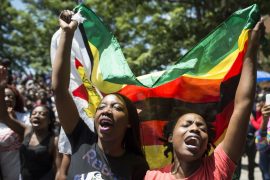 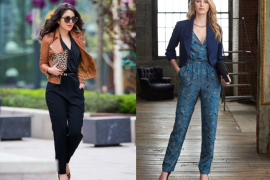 A look at our wardrobe after the lockdown