Angélique Kidjo, Beninese singer emerges winner of the Best World Music Album, recently at the 62nd GRAMMY Awards 2020. Her emergence is hinged on her album ‘Celia,’ a music genre invented in New York by Caribbean immigrants, which pays tribute to the late Afro-Cuban singer Celia Cruz who became the “Queen” of salsa.

During her acceptance speech, Kidjo took some time to praise the wealth of new talent coming from the African continent. “The new generation of artists coming from Africa are going to take you by storm and the time has come,” she says.

During the 62nd GRAMMYs Premiere Ceremony she also gave an audience-rousing performance of “Afrika”.

The award marks Kidjo’s fourth win in the category and fourth GRAMMY win. 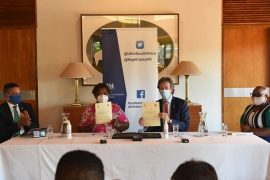