“Female Candidates Face Violence and Abuse Ahead of Kenyan Elections”

This was one of the headlines that graced the pages of Huffington Post in July 2017 prior to the last Kenya general elections. It was a case of bullying women out of governance yet we see leaders of the world hold conferences with elaborate themes pointing towards the strengthening of women’s participation in governance. Is the world truly ready to accommodate women in governance, or is it a finely orchestrated ploy to make women mere spectators?

The Community of Democracies (CoD); a global intergovernmental coalition composed of the Governing Council Member States that support adherence to common democratic values and standards outlined in the Warsaw Declaration, in 2017, compiled several reports geared towards analyzing methods through which continents of the world can strengthen the participation of women in governance and other socio-economic activities. Excerpts from some of these reports will be reviewed in this article with a focus on developing nations.

Only a few women dare run for office because they feel they will not have the support of their family or community. Vocal women or female community leaders are often labeled as “troublemakers” in a society where men and elders have the right to speak or act, not women or youngsters.

Other women do not even trust the abilities of other women because of long-standing social and cultural beliefs. In the political scene, women are often marginalized and, as a consequence, they lose confidence in themselves.

In 2017, Halimah Yacob became the President of Singapore after running unopposed in the country’s presidential election. This has been seen by many as an inroad for women who wish to be active in governance. Despite this edge, many countries in Asia still lack solid democratic structures, comprehensive electoral laws, and other instruments necessary for healthy democratic governance. Other barriers Asian women are faced with include gender stereotypes – The idea that women should be relegated to the household and family duties; cultural attitudes and gender bias against women in public life; great difficulties in being nominated as candidates; lack of resources and inadequate support from political parties for women candidates, compared to support for male candidates; fear of potential loss of income for the family; reluctance to expose themselves to increased public scrutiny as public figures; and a strong and prevailing cultural mindsets that holding political office is a man’s job.

About the most hit in this array of marginalization cases, would be the Middle Eastern women. Political Islam has, in many countries across the region, served to exclude women from the public and political spheres. Due to this reason, political parties have hesitated to recruit and nominate women as political candidates, even among those women who are already party members. Sectarianism has similarly contributed to weak levels of women’s political participation in Lebanon.

The security situation in many states across the MENA region has affected freedom of movement, especially for women who in turn lack public spaces for meeting and discussion.

In a patriarchal country like Afghanistan, women are limited by barriers such as restricted movement during elections. Afghanistan’s women still face high levels of discrimination due to traditional, socio-religious or tribal factors; rights to self-determination and active participation in the development of public life are still extremely limited. Few women are able to influence the political and economic development of their country or community in order to ensure that political measures are designed for the benefit of all. On the whole, most women still feel ashamed to be seen in socioeconomic and political meetings.

According to the International Institute for Democracy & Electoral Assistance (IDEA), gender-based inequities are clearly present in the organization and structures of political parties, as shown in studies conducted by International IDEA and the IADB. The studies conducted between 2009 and 2015 show that there remain gender gaps in the political parties which have not yet been closed and which persist over time. The pattern is constant: in terms of militancy, the presence of men and women is very similar, but in decision-making spaces and levels, women’s participation is decreasing. In other words, there is a “power pyramid” in which “the greater the power, the lower women’s presence”.

Year after year, women are told how to encourage other women to take up positions of governance and go a step further by supporting the cause, the few who have been able to break through the stereotype are asked to serve as mentors to others, these seem to be beside the point because without fair play all of these steps are meaningless as long as women who resolve to be supportive to candidates are harassed for doing so.

The findings from these reports make the clamour to strengthen women’s participation in governance seem like a losing battle despite several obvious successes achieved in the last few years. Nevertheless, every woman must join in the advocacy and continuously push these issues to the fore. 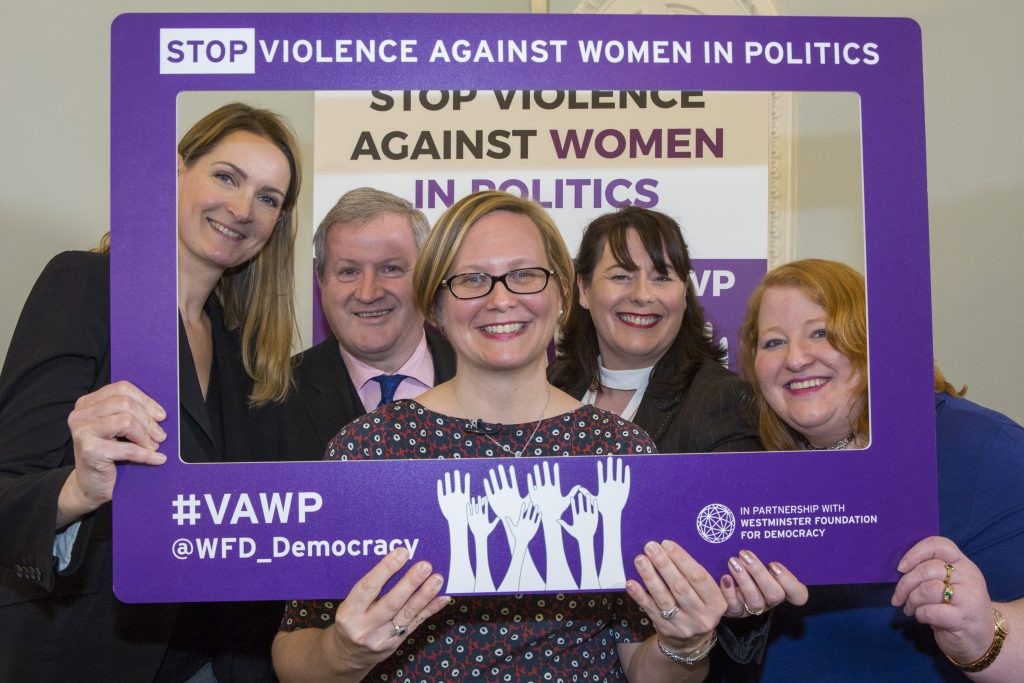 In making a case as women, we must understand that attaining complete gender equality across the globe will be a tedious task. It may require a consistent push for several years, or it may be a case of “we win some, we lose some”. Whichever way it turns out in the near future, women must remember that they are indispensable parts of their society, country, and the world.