I find it really intriguing that there is a systematic campaign to get more women into global politics and leadership positions across the world by women but the question rattling my mind is how ready they are to handle what comes with leadership and global politics.

Angela Merkel the Chancellor of Germany and an eight-time winner of Forbes’ most powerful women once said “it seems to me that the fact that I am a woman is a bigger issue than the fact that I’m from the East. For me, it isn’t really important. I’ve only ever known myself as a woman.”  While she was on a state visit to the United Kingdom; expressing these concerns about women in global politics.

We could have seen an unprecedented shift in the dynamics of global leadership, if Secretary Clinton, the presidential candidate for the Democratic Party had won the US 2015 election and shattered the imagery glass ceiling. We would have had three strong global economies (Germany, United States & United Kingdom) controlled by women, it only leaves one to wonder if the world would have been less chaotic, following the intensity the world has witnessed since the emergence of President Trump, not to say that he has not achieved much, but the world has not been in such a chaotic stage in many years.

Following these global attentions on the need for greater participation by women in politics which is encouraging, and while organizations like the Council of Women World Leaders, a network for female prime ministers and presidents, set up by Vigdís Finnbogadóttir, the former president of Iceland is actively campaigning to close the gender gap in global leadership, the possibility of a gender balance still looks slims and although there is a sign of hope, with the 2018 International Women’s March creating a huge impact on the importance of women’s involvement in leadership and the Me too Movement shading light on the plight of women as a prey in both the political and business spheres, as there seems to be a wakeup call within the gender corridors for more female participation in decision making across the life spectrum.

“You could certainly say that I’ve never underestimated myself, there’s nothing wrong with being ambitious.”  Angela Merkel speaking to TIME magazine in an interview in 2010, while reiterating her commitment to women in global leadership. The ability of the female folks to pull off a surprise like the wave of populism across the west is something we will have to wait and see.

Statistics have shown that Hillary Clinton’s loss in the presidential race points to her party’s inability to influence the women’s vote. While she did garner majority of female voters—54%, according to exit polling—she lost some key constituencies, including white women, 53% of who cast their ballots for Trump.

“There is nothing worse than sweeping a threat under the mat and just living from day to day.” This is a quote from Angela Merkel on tackling your challenges and very much applies to what women leadership is facing across the globe.

Women are faced with a cultural problem “The motherhood myth” being a mother and a politician at the same time. The fight between women with a family and women without a family is something that we women will have to change, if they ever stand a chance to achieve equality then Women’s solidarity must be something they will collective fight for, “but it’s hardly always there.” 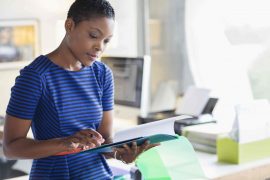