Teresita Sy-coson is a Filipina business woman, and Vice Chairperson of SM Investments Corporation (SMIC), one of the Philippines’ largest publicly traded holding companies.
Sy-coson’s father immigrated to the Philippines at the age of 12, from a rural village in Fujian Province, China after World War II. He opened a shoe shop called Shoemart (SM) in downtown Manilla, Philippines, the SM is known today as the starting point of SM Investments, one of the biggest conglomerates in South East Asia.
Coming from a humble background of business, Sy-coson ventured into her first business at the age of 8 and has been at it for five decades running. She received her undergraduate degree from Assumption College (Philippines), and sits on the board of several conglomerates.
As Vice Chairman of SM Investments Corporation (SMIC), leading one of the largest conglomerates in South East Asia, also recognized as Philippines largest publicly traded holding companies with interests in retail, banking, property and portfolio investments. Her success proves to other women; that attaining great heights do not just end as dreams or aspirations but can become a reality no matter how huge the challenges may seem.
Sy-coson’s ability to approach situations from different perspectives served as huge strength as she turned her attention to family’s retail and savings bank, Bande de Oro which at the time was 13th in the nation in terms of assets, applying strategies that she learned from years of hard work, she transformed the business, placing it on the top of the nations list. She holds important board and management positions in various subsidiaries and affiliates of BDO and the SM group, and is an integral figure as adviser to the board of SM prime holdings Inc. She is also a part of the three-member Philippine delegation to Association of Southeast Asian Nations (ASEAN) Business advisory Council (ABAC), an organization formed in 2003 by the ASEAN leaders to provide private sector feedback and guidance to boost ASEAN’S efforts toward economic integration.
She has been a recipient of various awards over the years in recognition of her leadership in the banking and retail sectors. These recognitions include: Asian corporate director of the year award from corporate Governance Asia, Best retail banker of the year awarded in 2012 by the Asian banker; listed in fortune magazine’s 50 most powerful women in the world from 2001 to 2010, named in Forbes Asia’s list of 50 power Business women, and recipient of the Philippine Retailers Association (PRA) President’s award in 2014. 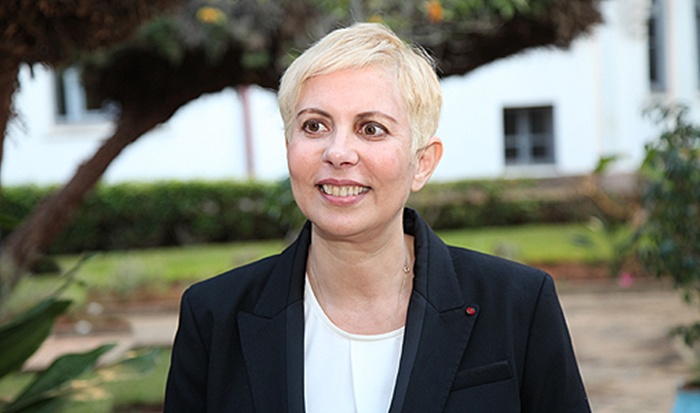