On the 10th of September 1982, Kansas City witnessed the birth of a gifted ballerina born by a single mother Sylvia DelaCerna whose failed marriages caused her financial instability and the ability of providing well for children.

Unlike most ballet dancers who found and chose ballet at a very tender age, Misty was different. She discovered ballet when she was thirteen, while living with her mother and siblings in a motel in Gardena, California. She was a young, shy, slight child who rarely spoke and tried not to be noticed. While in Gardena, Elizabeth Cantine, Misty’s Dana drill team coach, noticed her talent and convinced her to attend a free ballet class at her local Boys & Girls Club taught by her friend Cynthia Bradley. By taking heed to her coach’s advice, it unlocked the beginning of stardom for Misty whose natural ability was also recognized by Bradley.

At the age of thirteen Misty was considered a late starter in Ballet which could also be seen as almost impossible to take as a career. Nevertheless, with a strong determination fueled with fierce passion and with the help of her trainer she turned an almost impossible situation into a success story.

Misty first started to attend Ballet classes as a spectator before participating soon she was invited by Bradley to attend classes at her small ballet school, San Pedro Dance Center. At first Misty rejected the offer because she considered it inconvenient seeing that her mother who worked 12-14 hours a day did not have a car, and her oldest sister Erica was working two jobs. However, she later consented when Cynthia Bradley promised to pick her up from school. After three months of study, Misty became en pointe (a French term in ballet that signifies that the ballet dancer can now perform on the tips of fully extended feet and in this way the ballet dancer supports all body weight).

Misty continued to take her ballet classes with Bradley who gave serious attention to her and when her training became more intensive and her mother insisted that she gave up ballet, Bradley begged DelaCerna to allow Misty move in with her. Surprisingly DelaCerna agreed to this, but not without a signed management contract and a life-story contract with Bradley. Eventually Misty moved in with Bradley and her family and was able to practice often since the studio was now closer to her. Based on the contract Misty spent the weekdays with the Bradleys near the coast and the weekends at home with her mother which is a two-hour bus ride away.

At the age of fourteen, Misty won the national ballet contest and her first solo role. She was soon introduced to books and videos on ballet by her new family which was a great help to her career. After eight months of study, she gained her first media’s spotlight when she performed as Clara in The Nutcracker at the San Pedro High School which drew 2,000 patrons per show. She played a larger role as Kitri in Don Quixote at the San Pedro Dance Center and then performed with the L.A. Academy of Fine Arts in a featured role in The Chocolate Nutcracker, an African American version of the tale, narrated by Debbie Allen. The latter was presented at UCLA’s Royce Hall. Misty’s role was modified especially for her, and included ethnic dances.

Before her fifteenth birthday, she was home-schooled by Bradley against 10th grade to free up more time for dance. At age fifteen, she won first prize in the ballet category of the Los Angeles Music Center Spotlight Awards at the Chandler Pavilion in March 1998 which also entitles her to a scholarship. Copeland’s victory in the 10th annual contest among gifted high school students in Southern California secured her recognition by the Los Angeles Times as the best young dancer in the Greater Los Angeles Area. She was also accepted with a full scholarship into the intensive summer program at the San Francisco Ballet that same year.

However, she began to face a custody battle between the Bradleys and her mother. Following the custody disagreement Misty had to return home to her family who at the time were living in a motel. DelaCerna had become uncomfortable with the Bradley’s influence over her daughter and decided that Misty would cease study with the Bradleys. With fear that she might be stopped from dancing, Misty filled for emancipation and she was provided a lawyer by the Bradleys. She was also encouraged to be absent from home when the emancipation petition was delivered to her mother.

Following the Bradley’s advice, Misty left home for three days and stayed with a friend, while the lawyer filed the emancipation papers to DelaCerna who had the time had reported that her daughter was missing. Three days after Misty had left the house she was found and returned to her mother by the police. DelaCerna then engaged a lawyer and applied for a series of restraining orders. The custody controversy was debated over in court and Misty’s media status attracted the press.  After DelaCerna stated that she would always make sure Copeland could dance, both the emancipation papers and restraining orders were dropped and DelaCerna had full custody over her daughter.

Having moved back in with the family, DelaCerna sought Elizabeth Cantine’s advice on a new ballet school for Misty. Misty began attending San Pedro High School and was studying ballet at Lauridsen Ballet Centre in Torrance, California.

In 1999, Misty auditioned for several dance programs, and in 2000 she won a full scholarship, this time to the American Ballet Theatre’s intensive summer program. That year she was also named the ABT’s National Coca-Cola Scholar. At the end of the summer, she was invited to join the ABT studio company, a selective program for young dancers still in training. In 2001, she became a member of the ABT’s corps de ballet, and the only African American woman in a group of 80 dancers. However, at this point Misty she was challenged by her difference in terms of her race and body type because puberty set in and she began to look differently from other ballet dancers.

She was more full-figured than her peers and was also consistently conscious about it. But with the help of her friends outside the ballet group, she gained self-esteem and overcame the burden, becoming a ballerina with a unique figure therefore changing the narrative of how a ballet dancer should look. She continued to excel in her career moving from one level of the ballet ranks to the other by virtue of her exceptional skill.

In 2007 she became the company’s first African-American female soloist in two decades (Anne Benna Sims and Nora Kimball had preceded her). Some outstanding performances by Misty includes the title role in The Firebird (2012), Gulnare in Le Corsaire (2013), Swanilda in Coppélia (2014), and the dual lead role, Odette/Odile, in Swan Lake (2014).

In addition to her dance career, Misty by the virtue of her story has become a public speaker, celebrity spokesperson and stage performer. In 2009 she appeared in a music video for the song “Crimson and Clover” by Prince. She also performed live with him on his tour the following year. She is a strong advocate for diversifying the field of ballet and creating access for dancers of varying racial and economic backgrounds. She served on the advisory committee for the ABT’s Project Plié, a program (started in 2013) offering training and mentorship to dance teachers in racially diverse communities around the country as well as in Boys & Girls Clubs. Copeland published the memoir Life in Motion: An Unlikely Ballerina (2014) and had endorsements with companies such as Coach (leather accessories) and Under Armour (athletic wear).

On June 30, 2015, Misty became the first African-American principal ballerina since the ABT’s 75-year history. That same year, she had her Broadway debut in the role of Ivy Smith in Leonard Bernstein’s musical On the Town.

In 2018 Copeland made her feature film debut, fittingly playing the ballerina princess in The Nutcracker and the Four Realms, an adaptation of Tchaikovsky’s 19th-century ballet.

Her inspiring story gives hope to many. 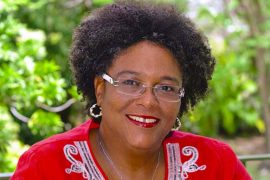