‘’full and productive employment and decent work for all’’.

Around the world, finding a job is much tougher for women than it is for men. When women are employed, they tend to work in low-quality jobs in vulnerable conditions.

Data from the international labour organization shows that women who want to work have a harder time finding a job than men. This problem is particularly marked in Northern Africa and the Arab States, where unemployment rates for women exceed 16%.

While vulnerable employment is widespread for both women and men, women tend to be overrepresented in certain types of vulnerable jobs.

The recent pandemic of COVID 19 poses a further threat to the employability and sustainability of Jobs by women. This crisis, unlike any other before has the potential to do disproportionate damage to women’s jobs and incomes.  Women have made enormous strides in the labour market in the past few decades and this is being threatened by the pandemic.

Because women have higher employment rates in industries like retail, accommodation services, and food and beverage service activities, the confinement and distancing measures engendered by the current pandemic threaten their employment and source of livelihood.

Though evidence from a medical perspective suggest that it is men who are most vulnerable to the virus, particularly in terms of fatalities, women have been on the frontline when it comes to the wider social and economic fallout from the crisis.

Recession often affects men’s and women’s employment differently, with men often being the biggest losers as evident from the past economic crisis. The financial crisis in 2008, for instance, was a “male’’ crisis as job losses were greater in male-dominated sectors of the economy, while women’s working hours actually increased (Sahin, Song and Hobijn 2012 OECD 2012). Evidence from several other developed-world economic crises points in a similar direction, with women losing less, partly because they are less likely to be employed in cyclical industries.

The COVID-19 crisis is however different in nature to previous ones as it is not just an economic crisis, but also a health and social crisis. Given the need for at least one parent to stay at home due to school lockdown and closures of childcare facilities.

At least in the short term, jobs that rely on travel and on physical interaction with customers are clearly vulnerable. This includes air travel, tourism, retail activities, accommodation services (e.g. hotels), and food and beverage service activities (e.g. cafés, restaurants, and catering). Many of these industries are major employers of women: on average across OECD countries, women make up roughly 47% of employment in the air transport industry, 53% in food and beverage services, and 60% in accommodation services (ILO 2020).

Most female-dominated industries further down the supply chain will also be hit hard and quickly. The food industry, for instance, is facing heavy disruption from both the supply side (e.g. getting condiments as markets are mostly closed) and the demand side (e.g. workers who normally order food in their offices are at home due to the lockdown orders). Women are heavily over-represented in this industry – by some measures, as many of the food industry workers are women.

It is almost impossible to know the exact longer-term impact on employment and the distribution of job loss at this stage of the crisis, as a lot depends on the severity and duration of containment measures. It is however easy to see that the economic impact will likely widen across different sectors as confinement measures expand and the effect of the disruption in the supply chain is felt.

On the average, women earn lesser than men and so are often more adversely affected by any sharp loss of income. Because of additional domestic responsibilities that women have, finding a new job or alternative stream of income after a lay off is often more tedious for them.

Single-parent families also suffer more from job loss as they rely on a single income stream and most single parents are women.

Governments are almost overwhelmed in efforts to manage the COVID-19 pandemic, as there are many groups that need urgent and special support. Among these vulnerable groups, women and the elderly clearly stand out. Governments should ensure that their policy responses to this crisis are considerate of these groups.

Governments should reinforce other income supports for women and generally applying a gender lens to response policies. In the long term, governments will need to have a proper -functioning gender mainstreaming system in place.

Governments must insist that all policy adjustments measures aimed at recovery go through a thorough gender analysis, so that differential effects on women and men can be determined and catered for. 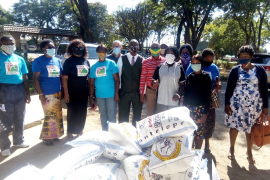 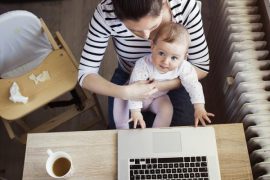