What is her opinion about herself, religion, or people of a different race?

I recently came across a piece by Dr. Diva Verdun, called Guarding the Concrete Slab.  It was a story about an army barracks that had  4 soldiers on post, guarding a concrete slab and changing shifts, 24 hours a day and 7 days a week, for over 80 years. They never sought to find out why they were on constant shifts, guarding the concrete slab, until a new commander was assigned to the barracks. When the new commander asked why the soldiers guarded the concrete slab, he got the answers; “We’ve always done it this way, it’s our tradition or our former commanders instructed us to do this”.

The new commander eventually found answers to his questions in an old document in the archives, and guess what; guarding the slab was an instruction issued by a retired commander. The instruction stated that the barracks wanted to build a platform where events were to be performed at the time, but animals kept walking over the concrete at night before the slab would dry. So the commander ordered 4 soldiers to guard the slab for 3 weeks round the clock until it would dry. The commander was transferred to another post two weeks later, and the subsequent new commander continued to enforce the routine and every new commander always did the same. No commander ever questioned why soldiers were guarding a concrete slab that was never used until 80 years later when the “questioning”commander came in asked the question “why”.

Why did I go through this long story? Here’s the thing, raising teenage girls is not a simple by-the-book routine, they can be pretty curious. What worked for Mum A, may wreak havoc in the life of Mum B and her teenage daughter. It is important to ask questions before copying or enforcing any rules in our households or on your teen daughters. Many parents treat their daughters like a pet project. Every individual is different, with a different way of doing, appreciating and understanding things. 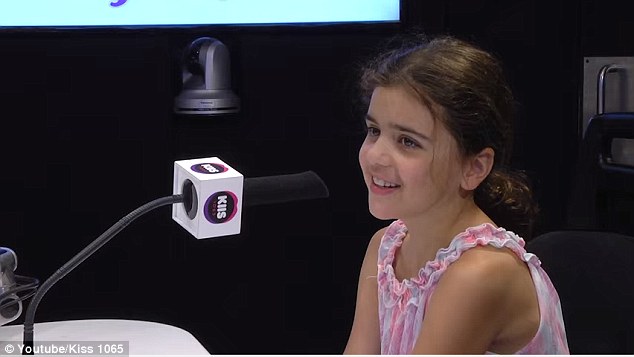 When I was teenager, an aunt asked me to stay away from a particular friend of mine at the time or I would be seen as a girl of loose morals, because she was from a particular tribe and the girls of that tribe were “believed” to have loose morals. Hahaha! How funny was that? I had known the girl in question since kindergarten and we had been friends. I asked her “Even Daria?” (My friend) and her response was; “As far as she is from that tribe”. Maybe my aunt had believed in that for so long and was ready to pass the knowledge down to the next generation even though she had no proper explanation for that belief. Well, I asked everyone questions about the loose morals significance, until I got a clearer picture. How was I able to do this fearlessly? I had just turned 13 at the time and I wasn’t afraid that I would be seen as forward or too inquisitive. I was raised in a family where asking questions is encouraged.

My parents encouraged us to ask questions if we needed more clarifications or were unsure about the answers we got. We were taught to seek a second opinion if we were not satisfied with the answers we had. It eventually paid off I must say. They raised 3 formidable women who would not be browbeaten into status quo.

It’s important to encourage your teenage daughters to ask questions and have opinions of their own, to seek answers when they are unclear about situations. It fosters better relationships, within and outside the family, teaches them to have a voice and never be boxed blindly into following someone else’s opinion.

Above all, teaching them to speak up and ask questions; helps you avert avoidable mistakes and cut across unnecessary barriers. Do not forget, a stitch in time saves 9. They are not being forward, they are asking for guidance.

Allow room for questions when they come to you, especially. Teenagers are exposed to different sources of information, at church, in the school, at the friend’s house, the opinions of the baseball coach etc.

It is the job of the parents or guardians to create and allow a conducive atmosphere for curiosity, and constructive criticism; it’s all part of growing up and they will be better for it. Allow your girl to have an opinion.

“What is her opinion about herself, religion, people of a different race, politics, certain business opportunities, new products etc.?” Is it what you fed her?, Is she open to new opinions and information or closed up on what you fed her?, Will she wake up 80 years later and tell her grandchildren that they should keep away from a particular tribe?

Guide them right, guide them now, they’re not forward, they seek to know and curiosity is a part of learning. 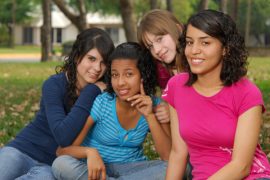