We all know that Parents and guardians always want the best for their daughters: they want them to have the wisdom to make good decisions, the strength to weather life’s storms, to choose their friends wisely etc. But as girls approach teen years, many confident girls struggle with self-esteem issues, and in this age of social networking, it has become increasingly difficult to guide them properly. Parents often find themselves wondering how to get how to communicate with their teen girl’s.

Here, Joanne Barker of Barker Health Communications provides perspective and advice to help parents raise confident daughters as she shares – What Girls Need to Know About Growing Up:

Get to Know the Confidence Busters

For starters, parents can take time to understand what their daughters are going through. “One of the overriding messages for girls is that if they’re confident, they’re conceited,” says Catherine Steiner-Adair, EdD, director of the Eating Disorders Education and Prevention, McLean Hospital; clinical instructor, Department of Psychiatry, Harvard Medical School. “Girls need to know that claiming their strengths doesn’t mean they’re stuck up,” she says.

Steiner-Adair sees girls’ confidence wane as they move from childhood into adolescence. When she asks girls what they want to be, fourth-grade girls cite careers such as a veterinarian or surgeon. By middle school, girls’ looks enter the picture. “Middle-school girls tell me, ‘I can’t be a surgeon, I don’t look the part,’” Steiner-Adair tells WebMD. “By 10th grade, girls focus almost exclusively on looks. They tell me, ‘I want to be a size 2.’”

Show Concern — Just Not Too Much

It’s a distressing picture, yet overly concerned parents can be as much harm as good. “Parents who believe low confidence is inevitable set their daughters up to expect less of themselves,” says Richard Lerner, PhD, the Bergstrom Chair and director of the Institute for Applied Research in Youth Development at Tufts University.

For many girls, puberty and the transition from elementary to middle school hit about the same time. “Just when they’re changing schools, changing peer groups, and facing higher academic demands, their bodies start changing too,” says Lerner. The result is a tremendous amount of stress all at once.

Parents, especially moms, can help girls put the stress of this period in perspective by sharing their own stories and how they got through confusing or difficult times. When girls know that they’re not the first or only ones to struggle, and that things do get better, they often start to see a light at the end of the tunnel.

Well-intended efforts to boost your daughter’s self esteem can backfire, depending on what you say. Focusing praise on your daughter’s looks rather than her activities can reinforce the message that her appearance matters more than things she does.

Kids in both groups then had the opportunity to try a challenging task, with the promise they could learn from it. The kids in the “smart” group weren’t interested. The kids praised for their effort took it on. Not only that, the kids in the second group performed better over time, outpacing their “smart” peers on follow-up IQ tests. It appears that seeing intelligence as a fixed trait instills fear of failure that makes kids less able to handle setbacks.

Support Your Daughter Through the Tough Times

Your teen daughter may act like she doesn’t need you, but the opposite is true. Numerous studies show that parents’ structure, advice, and guidance play a pivotal role in teens’ sense of wellbeing and resilience.

Kathi Bacon watched her older daughter go through a surprisingly difficult time when she won the race for class president in her junior year. Rather than congratulate her, other kids stopped talking to her. “It was like her friends thought she didn’t need them anymore,” says Bacon. As a mother, Bacon supported her daughter as best she could. “It was hard on her. I saw her suffer deeply.”

Though the situation at school was unexpected and hurtful, Bacon’s daughter ran for class president again — and won again — the following year.

As your daughter gets older, she’ll likely encounter pressures she’s never faced before. “Parents usually want to step in when they see their daughter struggle,” says JoAnn Deak, PhD, a psychologist and author of Girls Will Be Girls: Raising Competent and Courageous Daughters. 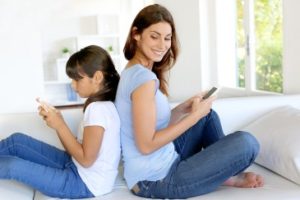 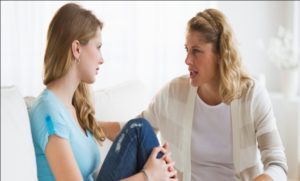 But as your daughter gets older, intervening is often not possible or even healthy. Many of the girls Deak works with tell her, “Sometimes I just need to talk things through. My mom wants to fix everything.” Instead, Deak tells WebMD, parents should let their daughters know they can listen without lecturing or intervening.

Granted your hair may stand on end. What if your daughter tells you that someone has posted suggestive photos of her online, for instance?

“If she brings it up, she wants to talk with you about it,” says Deak. Instead of lecturing or getting upset, Deak suggests parents create room for conversation by asking non-judgmental questions, such as “tell me what happened.” This doesn’t mean taking a passive role. If your daughter is putting herself at risk, it’s time for you to step in as a parent. “Just do so in a way that lets her know she can always talk to you,” says Deak.

Keep Online Activities on Your Radar

Social networks like Facebook, MySpace, and Twitter can increase the divide between parents and kids. You may feel out of your element talking about it, but a large number of social interactions take place between teenagers online — and the interactions are highly public.

The good news is, many teens are savvy about protecting their personal information online, more so than adults. Seventy-seven percent (77%) of teens restrict access to their online photos sometimes or most of the time, compared to only 58% of adults. Encourage this behavior in your daughter. You may even ask her to review your online presence and make sure you’re protecting your own privacy.

Still, the Internet raises the stakes for many kids. Conversations that used to take place in person or over the phone are now online for everyone to see. Keep the channels of communication open about online activities so your daughter knows she can come to you if things get too intense. If you suspect bullying behavior, ask your daughter to let you look at her site. You can contact the Web site administrator and report behavior you consider dangerous.

Every expert who talked with WebMD about raising confident daughters agreed that parents can make a profound connection with their daughters by paying attention to their interests. “Showing interest in your daughter’s passions sends the message that what she likes matters,” says Steiner-Adair.

Listen for the things that light your daughter up and let her be the expert in these areas. When she talks about things that matter to her, ask her to tell you more. You might learn something new.

Be In It for the Long Haul

Raising confident daughters is long-term process. Some days you may feel you’re doing great, other days you may feel adrift at sea. If so, you’re not alone. “The goal is to raise daughters who can handle whatever situation comes at them,” says Deak. “If there were a set recipe for this, we wouldn’t be having this conversation.” 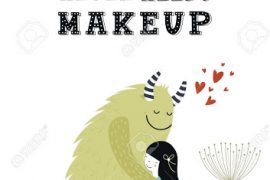