The Giant Strides of Women in Tech

Rebecca Enonchong is a Cameroonian born technology entrepreneur and also the founder and CEO of AppsTech. She is best known for her work promoting technology in Africa.

Rebecca Enonchong is the founder and CEO of AppsTech and I/O Spaces. She is Chair of ActivSpaces (African Center for Technology Innovation and Ventures), an incubator in Cameroon. She has spent much of her career promoting technology in Africa. She has also carried out the work in both the U.S. and in Africa.

Growing up, her father was Dr Henry Ndifor Abi Enonchong, who was a well-known barrister in Cameroon. While Enonchong was growing up in Cameroon, her father helped create the Federal Cameroon Bar Association and its successor, the Cameroon Bar Association. In her teens, Enonchong moved to the US with her family. While studying, she took up a job selling door-to-door newspaper subscriptions from the age of 15. She later became a manager at the same company at the age of 17.

Enonchong attended the Catholic University of America, where she graduated with a Bachelor of Science degree and also a Master of Science degree in Economics. After finishing her education, Enonchong went on to work for a number of organizations including Inter-American Development Bank (IaDB) and Oracle Corporation.

In 1999, Enonchong founded the company AppsTech, a Bethesda, Maryland-based global provider of enterprise application solutions. AppsTech is an Oracle Platinum Partner and has customers in over 40 countries.

AppsTech opened offices in several countries, including Enonchong’s native Cameroon. She describes the experience as having been difficult and having led to the closure of AppsTech subsidiaries.

In 2002, The World Economic Forum of Davos, Switzerland named Enonchong a Global Leader for Tomorrow (GLT) along with other tech entrepreneurs such as Google co-founder Larry Page and Salesforce.com CEO Marc Benioff.

Also, in 2013, Enonchong was recognized as a finalist for the African digital woman award.

She was the founder and Chairperson of the Africa Technology Forum, a non-profit dedicated to helping technology start-ups in Africa.

Enonchong is a member of the board of directors for the Salesforce.com Foundation. She is on the board of VC4Africa, which is one of the largest online communities in Africa that is dedicated to entrepreneurs and investors. She is a member of the UK Department for International Development’s Digital Advisory Panel, and was previously involved with the UN’s Women Global Advisory Committee and the United Nations ICT Task Force. 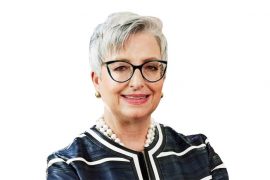 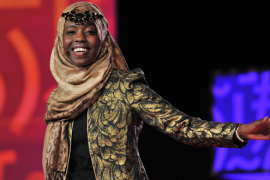 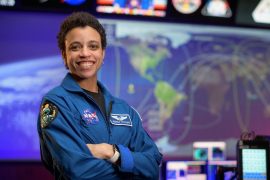