In a digital world where the choice of smart devices is hard to make, it takes the very innovative and brave ones to stand the test of time. This is the unique brand that HTC, one of the foremost smartphone companies has achieved with capable hands like its Co-founder Cher Wang. Thanks to her brilliant ideas, the form is one out of six phones bought in the United States of America today.

Born into the family of Wang Yung Ching, Founder of Formosa Plastics and Business tycoon, Cher had entrepreneurial skills in her gene.

Cher Wang has established a number of successful IT-related businesses, including founding VIA Technologies, Inc. in 1987 and co-founding HTC Corporation in 1997. She is currently Chairwoman of both companies and holds leadership roles in numerous other enterprises and organizations.

Cher is active in the international business community, participating as an Industry Partner at the World Economic Forum and as a member of the APEC Business Advisory Council (ABAC). In 2010, Cher co-founded the ABAC Women’s Forum to identify capacity-building policy recommendations that enhance opportunities for women in business and to hold outreach activities within APEC economies.

Cher’s business achievements have been widely acclaimed in major international media. In 2011, she received the 20th spot on both Forbes’ and Fortune’s annual ‘most powerful women’ lists.

Cher graduated from the University of California, Berkeley, and is a devout Christian. She is married with two children. 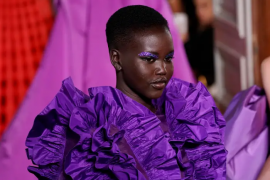 Adut Akech – Working with the UN to help refugees