She squared up with cancer

Story by Tshingowe Nomsa
Edited and written by Kembet Bolton

According to the World Health Organization, Cancer is one of the leading causes of death worldwide.

World Cancer Day was made official at the first World Summit Against Cancer in 2000. The event took place in Paris and was attended by members of cancer organizations and prominent government leaders from around the world. A document titled the Charter of Paris Against Cancer featuring 10 articles was signed, outlining a global commitment to improving the facilitation and quality of life of cancer patients. Advancement and increased investment in researching, preventing, and treating cancer was also highlighted. Article X of this charter officially declared World Cancer Day to be observed on February 4.

A cancer diagnosis often brings sadness, anger, confusion, and feelings of helplessness. These feelings make it important for the person with cancer to know that support and help are readily available. Many times, those closest to the person with cancer provide the most support. This disease does not discriminate between age, race, gender or culture and although at times people regard it as a death sentence, various treatments are available and there are ample survivors that can stand testimony with their inspirational journey in overcoming this dreaded disease.

In commemoration of world cancer day, 2021, the editor of Amazons Watch Magazine had a chat with Ms. Tshingowe Nomsa, a young cancer survivor who has taken it upon herself to help other patients and survivors deal with the effect of the disease.  Her story is quite inspirational.

“I think the symptoms had always been there, but I wasn’t aware that it might be something serious until I moved from Ha-Mulima to Sekhukhune, where I currently live,” she says. Her symptoms worsened over time. “My right knee was swollen – it was incredibly painful and I couldn’t walk. My symptoms seemed to be triggered by cold weather.” This went on for a year and she continued treatment of the knee pain with pain medications. Tshingowe knew she couldn’t continue that way and in 2014, demanded referral to the hospital. She finally had a biopsy on 5 September 2014. “In October, at the age of 23, I was diagnosed with stage 3 osteosarcoma cancer.

It was a terrifying time for Tshingowe. “I was young; I had just got a permanent job. I did not understand how a young person could have cancer,” she says. “My life came to a standstill. I had to deal with chemotherapy treatment and surgery; the after effects were the worst. I remember asking the doctor to stop giving me the treatment; I just wanted him to end my suffering.”

But she didn’t give up and says her family was incredibly supportive. “They were always there by my side – seeing them beside my hospital bed gave me courage to fight even more. I had highly skilled doctors, supportive friends and colleagues.”

Tshingowe endured endless blood transfusions, blood tests, scans and pain all over her body during treatment. On 27 April 2015 she had her last surgery – a total knee replacement where doctors removed her right leg and gave her a prosthesis.

“I remember coming out of theatre,” she says. “I couldn’t move, I couldn’t feel my leg and cried uncontrollably. I had to use a walking stick and other walking support devices for months.”

“The day you were diagnosed with cancer, that’s the day you won your first battle,” says Tshingowe. “And chemotherapy? That’s just another battle. Instead of getting angry or sad, use the energy to document your journey for other survivors –every survivor is the inspiration to the other survivor. I am here because of well documented cancer journeys of other people.

“Even when cancer stripped me to zero, it couldn’t take away my voice and my courage to fight. I came out a stronger person than I was before.”

In 2016, Tshingowe decided to start creating awareness around cancer.

“I created Cancer 0 Thirty 5 Awareness when I realised there is a lack of cancer knowledge, especially in our black communities. It is aimed at promoting cancer education and awareness. The main targets are children and youth in Limpopo and the mission is to provide support to children and youth cancer survivors and their families so that they can also enjoy quality life.”

Tshingowe is currently doing her Masters in Public Health at the University of Limpopo. 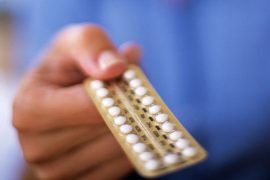 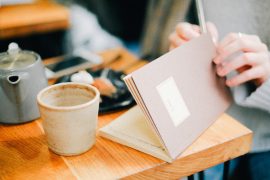 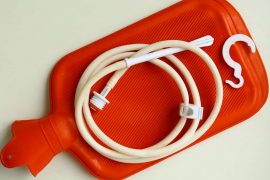