Despite the dreadful experiences of losing loved ones to various types of cancer, there is still a ray of hope with inspiring stories of cancer survivors. One of such stories is that of Lillian Leigh who suffered from lung cancer and has decided to live above the dreaded disease. Here is her story:

My name is Lillian, I am 35 years old, married to my husband Peter and we are lucky to have a beautiful three year old daughter Jessica. I am a social justice lawyer and was diagnosed with lung cancer in October 2014 just two days after my 34th birthday.

I woke up one morning with a sore left shoulder and arm but didn’t think too much of it because the pain went away quickly. The left side of my neck was sore that same day and I felt a small unusual lump sitting just above my collarbone. I knew it was an enlarged lymph node and found online that this could be an ominous sign. Doctors in my family assured me that this could just be from the apparent viral coughs which I had had intermittently in the past weeks. Nevertheless, they suggested that I have an ultrasound done to investigate the lump further.

When the radiographer immediately sought the attention of the radiologist after seeing my lump, I got nervous. The radiologist took a needle biopsy of the lymph node. Two days later, my dad, who is a doctor, called me when I was on the train home from work. I knew it had to be bad news when he asked where I was. I was only moments away from home, so I insisted that he told me what I already knew was going to be bad news. It was the most horrifying news of my life – primary lung cancer. Sadness and fear were probably my first reactions, then prayers, lots of prayers.

When I was diagnosed they found that I had a pericardial effusion which is fluid around the heart lining, so I had surgery to drain the fluid from around my heart, and created a window for any further fluids to drain. I’m grateful that there were no complications and I recovered from the surgery quite quickly. 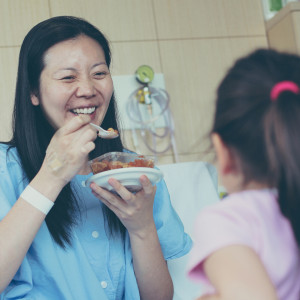 I was also very blessed to have a fantastic medical team who ensured that my tumour tissue samples were tested for all known genetic mutations in lung cancer. They found early on that my tissue sample tested positive to ROS1 translocation, which is a very rare form of genetic mutation in lung cancer. I was prescribed a targeted therapy for this mutation and the side effects included fatigue, light flashes and Gastrointestinal problems, but they were all manageable.

I felt well, and was able to return to work immediately and even went to Fiji for a holiday a couple of months after diagnosis. However, my liver suddenly reacted badly to the drug. After many weeks of trying to reduce the dose, I had to cease the medication, which was devastating.

My husband and I have been incredibly blessed with the support and love of our family, friends, colleagues and greater community. In so many different ways, each has given us their encouragement to help us through the hard days, and celebrated with us the good days. For all that they do, however big or small, I’m eternally grateful. Jess, like all young children, is great at keeping me in the moment. She’s also taught me to see the world through a child’s eyes and appreciate everything around me. There’s nothing like gratitude as a medicine for the soul.I now fly down to Melbourne every few weeks to participate in a Phase 1 trial of a new target therapy which I found myself online. So far, the medication is going well and my tumours are stable. I feel almost no side effects (just slightly raised cholesterol which is managed by medication). I’m so thankful for medical research, especially research in Australia without which my options would be very limited.

I wanted to do what I can to raise awareness that anyone can get lung cancer. I think part of the reason for the statistics is the stigma still attached to lung cancer. When I tell someone that I have lung cancer, the first response is rarely a sympathetic “I’m sorry to hear”. The first thing most people say is “but did you smoke?” Does it matter? If I did smoke, even if it was just one cigarette in my life, should I feel somehow to blame for my condition?

To reduce stigma is to reduce unnecessary pain suffered by lung cancer patients and their loved ones who are already going through so much. It will also open doors to greater awareness about this disease being one of our nation’s biggest killer. 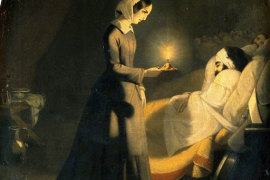 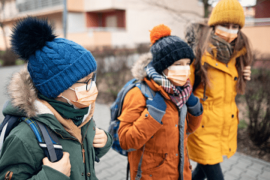