As a humanitarian and political crisis in neighbouring Venezuela deepens, a growing number of Venezuelan women are working in bars and brothels across Colombia.

“I didn’t do this in Venezuela. I never ever imagined I’d be doing this in Colombia,” said Maria, who declined to give her real name, to Reuters.

She charges $17 for 15-minutes of sex, and the money earned is spent on buying medicine for her mother who has cancer.

For the past year, she has travelled back and forth from Bogota to Venezuela’s capital Caracas every 90 days, before her tourist visa expires, carrying medicine, food, and soap.

“I’m ashamed I have to do this. It’s a secret,” said Maria, 26, who has told her family she is a travelling salesperson.

Venezuelan migrants are often lured by false promises of well-paid work in Colombia’s restaurants and bars or as domestic workers.

But then they find they are forced to work long hours with little or no pay, are not free to leave the bar they work in and may be trapped by debts owed to the agents who brought them across the border.

According to Asmubuli, a Colombian sex workers association, currently, there are around 4,500 Venezuelan sex workers in the country.

Fidelia Suarez, head of the sex workers association, cited the case of 11 Venezuelan women trapped in a dingy bar in Colombia’s northern city of Bucaramanga. At first, she said, the women were allowed to come and go as they pleased, but in February the bar owner seized their documents, withheld their wages, and prevented them from leaving the bar.

“That’s slavery,” said Suarez, who has visited the bar. “They are enslaved there, under the conditions and rules decided by the owner, which aren’t legal.”

Tens of thousands of Venezuelans have crossed into Colombia in the past year, as triple-digit inflation, a collapsed health system and weeks of violent protests engulfs oil-rich Venezuela.

As prostitution is legal in Colombia it makes it difficult for society to see sex workers as victims of trafficking, and a blurry line often exists between those who voluntarily engage in adult prostitution and those coerced into sex work.

It’s not just women who say they have no option but to sell their bodies for sex, but young Venezuelan men too. 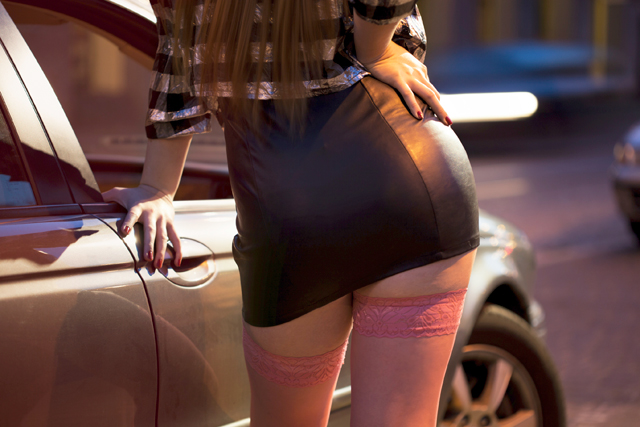 “It’s disappointing. I’m disappointed in myself,” said Dorian, a business studies university graduate unable to find a job and with no money to pay for rent and food.

He left Venezuela six months ago after a close friend was shot dead by gang members on his way home from a party.

“It could have been me. I knew then that I had to flee, that I was in danger,” said Dorian, dressed in tight white trousers.

“The economic instability, the insecurity in Venezuela, it all becomes unbearable.”