Dr. Nyanzi was on Monday, charged with offensive communication and cyber harassment in relation to her Facebook posts attacking the government and particularly the first family. In one of posts, the basis of yesterday’s charges, she called the president a “pair of buttocks”.

She was remanded to Luzira prison for two weeks to allow her lawyers time to file a defense in regard to state prosecution’s application that her mental health be examined.

“Arresting Dr. Stella Nyanzi simply for criticising the president and his wife serves no legitimate purpose. The state should stop wasting resources on pointless and politically-motivated prosecutions, immediately drop all charges against her and release her unconditionally,” she said.

“The authorities must also immediately revoke the Computer Misuse Act, and respect, protect, promote and fulfill the right to freedom of expression of all Ugandans.”

The controversial researcher has been using obscenities in her writing on her Facebook account criticizing President Museveni and her wife Janet Museveni for failure to provide sanitary pads to school going girls as promised during last year’s presidential campaigns. She was arrested on Friday evening from Mackinnon Suites hotel in Nakasero after speaking at a Rotary Club event.

Muthoni noted that “lack of sanitary towels is one of the leading causes of girls dropping out of school in Uganda.” 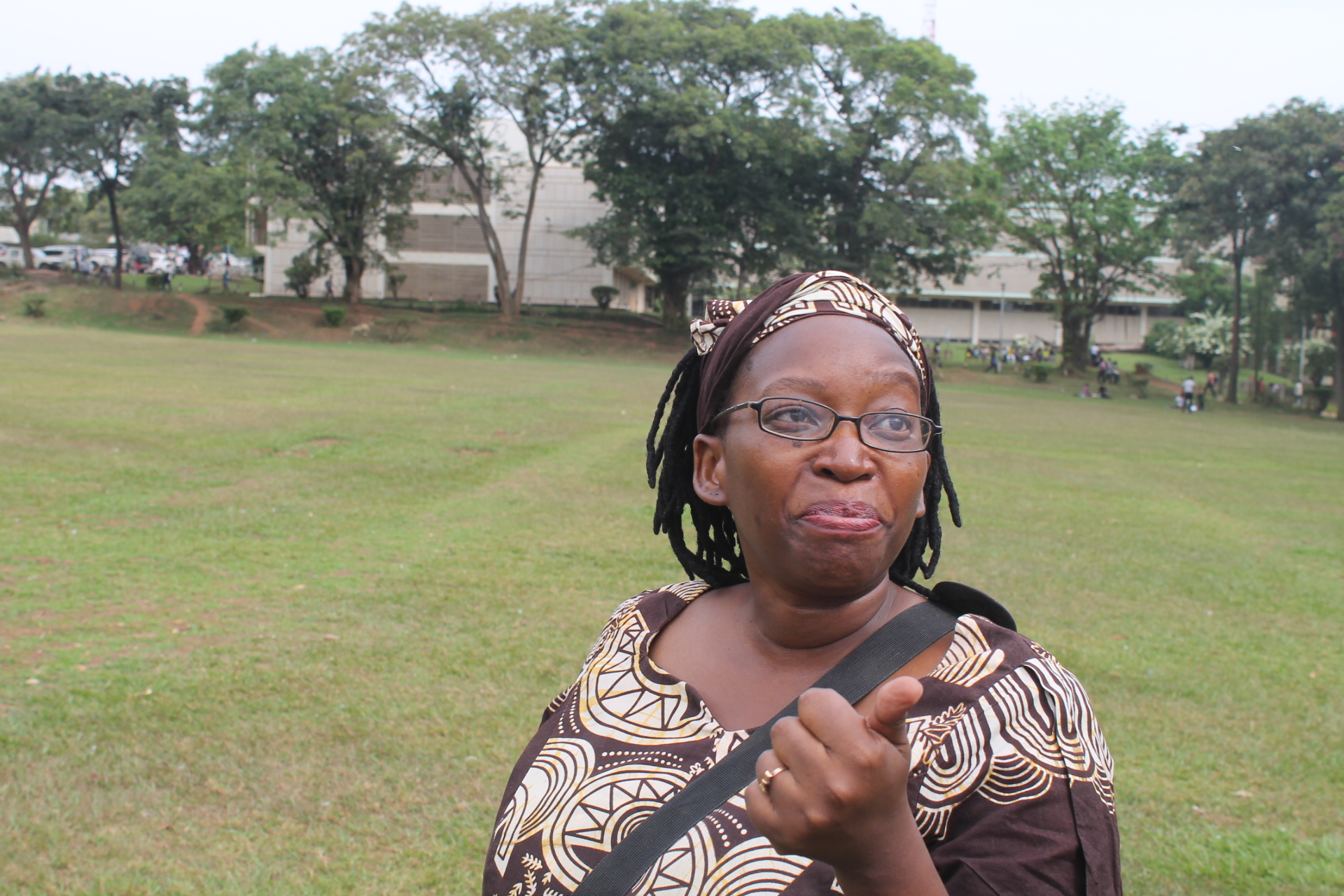 She argued that Nyanzi has led a campaign to ensure girls continue to attend school with dignity during their periods but is being harassed, intimidated and arrested instead of commending her.

She noted that her prosecution violates Uganda’s obligations regarding the right to freedom of expression as enshrined in the Constitution and other regional as well as international human rights law.

The application was filed basing on the affidavit of one of the police officers who have been investigating the case, Mbonimpa Emmanuel, in reference to Mental Treatment Act of 1938.

Muwaganya argued that it would be unjust for Nyanzi if court proceeded with the case before ascertaining her mental health.

Buganda Road court magistrate James Eremye Mawanda said Nyanzi’s defence team admitted that they needed time to respond to the application for her examination hence remanding her to Luzira for 14 days.

“Let allow the defence team to prepare a response for the application. I have adjourned this case to April 25,” Mawanda said.