Pakistani activists on Monday said two transgender women were beaten to death by police after being arrested in Saudi Arabia along with more than 30 other members of the community.

Saudi media reported last week that police had raided a party where men were dressed as women and wearing make-up and arrested around 35 people, but the outlets did not use the word transgender, nor say anyone had been killed.

Farzana Riaz, a leader of campaign group Trans Action Pakistan, told a news conference that sources in the transgender community in Saudi Arabia had told her the two Pakistani women were packed in sacks by police and then beaten to death with sticks.

“We are deeply saddened by the deaths of these two innocent trans persons in Saudi Arabia,” Riaz said at the news conference in Peshawar.

“We request the Saudi government to release the information of the 35 transgender persons arrested; we want to know their details, under what charges they were arrested, and their medical condition?”

At the news conference in Peshawar, Riaz showed journalists several photos of those still in custody that she said had been sent to her by contacts in the Saudi Arabia Trans community, along with messages sent via cellphone.

She said the bodies of the dead women must be sent to Pakistan immediately. 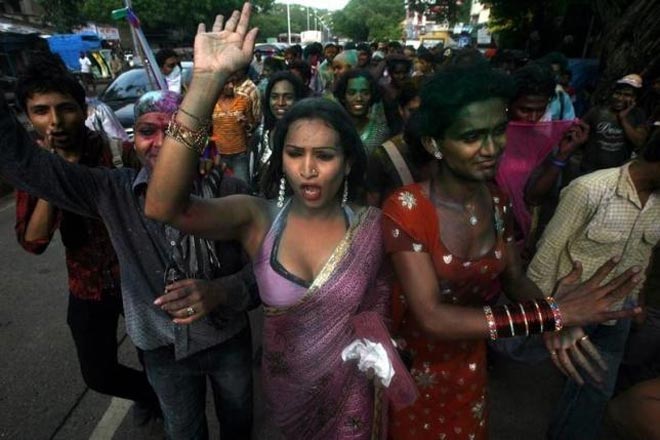 Qamar Naseem, a rights activist from the Blue Veins group, told the same news conference that he had shared available information about the incident with members of Pakistan’s parliament.

According to the US based Human Rights Watch, Saudi Arabia has no law against transgender people, but the desert kingdom has carried out arrests for cross-dressing and ordered the imprisonment and flogging of men accused of behaving like women.

In much of Pakistan, transgender people are shunned by their families and forced into begging or prostitution to support themselves. Most change their names or use only one name.

Trans Action Pakistan estimates there are at least 500,000 transgender people in the country of 190 million.

But an incident last year, when a transgender activist died after being shot six times and then denied treatment at a Peshawar hospital, seems to have softened attitudes and there has slowly been greater recognition of their rights.

In January, a Pakistani court ruled that transgender people would be counted in the national census for the first time. In 2012, the Supreme Court declared equal rights for transgender citizens. A year earlier they were allowed to vote.