When British Prime Minister Theresa May touched down in Riyadh recently to meet with the Saudi crown prince, she thought her uncovered head would inspire Saudi women. The country’s dress code requires that women keep their hair covered in public spaces, but she attended meetings without a headscarf.

Western news media largely heralded May’s move as revolutionary, just as some had portrayed Michelle Obama’s 2015 visit to Saudi Arabia with head uncovered a “bold political statement.” Despite the media’s fascination, these women’s decision to leave the headscarf off is not unprecedented. Former first ladies Hillary Clinton and Laura Bush also chose to forgo wearing a headscarf.

May’s dress choice is not brave or unique. She was not in violation of Saudi law; while female foreigners who choose not to conform to the Saudi dress code risk a confrontation with the Mutawwa, or the Commission of the Promotion of Virtue and the Prevention of Vice, the dress code is technically unenforceable against them.

And while they did not wear a headscarf, all of these women were careful to dress in loose, fully-modest clothing – hardly a rebuke of Saudi cultural standards.

What was problematic was the timing of comments she made close to the visit about modeling liberation. Prior to her visit, May stated that she would be a role model for oppressed Saudi women, hoping to inspire these women to consider all that “women can achieve” and their ability to hold “significant positions.” Her dress choice was then framed in the context of her statement about empowering “oppressed” Saudi women.

Women in Saudi Arabia face restrictions that many women outside the country cannot even fathom. The country enforces a system of male guardianship that restricts women’s rights to travel or even drive a car. But the specific connection between dress and “oppression” does nothing but perpetuate the false idea that the Muslim headscarf is inherently oppressive.

While some have decried May’s dress choice, her decision to forgo the headscarf does not qualify as religiously or culturally insensitive.

May’s visit was not with religious leaders or at a house of worship. And while Saudi women cover their hair in public, many Muslim women around the world do not, since wearing a headscarf is as much cultural as religious, and not a uniform practice.

Hijab as an Islamic requirement did not start out as a matter of dress. During the Prophet Muhammad’s time, he would receive visitors in his simple one-room home. Because there was only one room, his wives were forced to sit in the room with him, subject to the inquisitive looks by his visitors. To alleviate this constant invasion of his wives’ privacy, God mandated a veil, or curtain, that separated the prophet’s wives from his gawking visitors. The hijab signifies the sanctity of the private space.

Hijab in Islamic tradition also has to do with living life with dignity. It embodies shyness and humility, which one prominent scholar explains as the “essential psychological and moral values of Islam.”

In modern times, hijab interpreted as a strict requirement to keep one’s hair covered in public spaces has varied from culture to culture. As Islam spread, it was adopted in various cultures in ways that were most natural to it. South Asian Muslims, for example, tend to see hijab as a general mandate about modesty rather than a set of strict rules about who can see a woman’s hair.

In all Muslim cultures, however, the hijab has helped emphasize an overall ethic of modesty – even in cultures where women do not always cover their hair, they still wear loose-fitting clothes that cover their entire body. 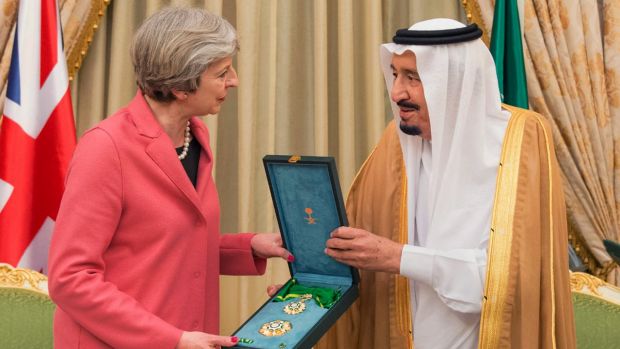 And in the post-9/11 world, the hijab requirement has become even more ambiguous. With the politicisation of Islam and Muslims, and anti-Muslim sentiment on the rise, many Muslim women risk physical attack just by stepping out in public with a headscarf on. In light of these challenges, some scholars have argued that the requirement does not apply when a woman’s security is at risk.

Many women who continue to wear the headscarf in light of these risks do so not just – or even at all – out of religious conviction, but instead to make a political point. How the Muslim headscarf is interpreted and applied religiously and culturally is complex, not a simple sign of oppression.

May’s statement also sets up a saviour framework that is all too common in Europe’s relationship with its Muslim communities. Numerous European states have legislated against the Muslim headscarf – France being the most notorious among them, but certainly not alone.

Ranging from bans against modest swimsuits, or bikinis, to face veils to headscarves, a common European sentiment includes the idea that Muslim women have to be saved from their religious dress requirements; that religious modesty is inherently oppressive and can never be adopted fully voluntarily.

European bans on religious dress somehow confuse government coercion as facilitating rather than limiting women’s agency, which is reflected in May’s declaration that Muslim women need “saving.” Instead of challenging “archaic” notions about women, her statement casts women as passive.

The reality, though, is that Saudi women have and continue to organise their own activism. This week they staged a protest for the right to drive and against the Saudi system of male guardianship. The protesters filmed themselves walking the streets silently without male companions.

Saudi women don’t need to be inspired about their potential. May would do better to recognise and highlight that potential.