Women in the UK technology industry are paid on average 16% less than men, new research into the wage gap claims.

A survey across more than 750 organisations also found that the technology sector had the largest “like-for-like” gender pay gap in the UK, with women being paid 6% less for doing the same job.

Researchers pointed to a lack of women holding senior positions in technology companies as a key cause for the divide.

Advisory firm Korn Ferry Hay Group, which carried out the research – coinciding with Girls in ICT Day – called on the technology sector to address how it recruited women in order to reduce the gap.

Ben Frost from the group said: “The tech sector is admired for encouraging innovation at work and fostering flexible working processes, yet it must do more to institutionalise a culture where women can thrive.

“Of course, this issue would be much easier to solve if women in tech weren’t such a rarity.

“The industry has a bad reputation for advancing women and for being dominated by men.

“These Girls in ICT Day, tech leaders should consider whether they are doing enough to remove entrenched bias from their organisations and take advantage of the benefits of a diverse workforce.”

Russ Shaw, Founder of Tech London Advocates, an independent coalition of more than 4,000 technology experts in the capital, said the gender pay gap was “unacceptable” to the industry.

“A lack of diversity remains a challenge the tech sector still hasn’t found an answer to,” he said.

“Not only is the gender pay gap socially unacceptable, it is driving women away from one of the UK’s fastest growing industries.

“Tech leaders need to recognise that enough is enough.

Mr. Shaw also warned that the rapid growth of the sector could be undermined if the current inequality continued. 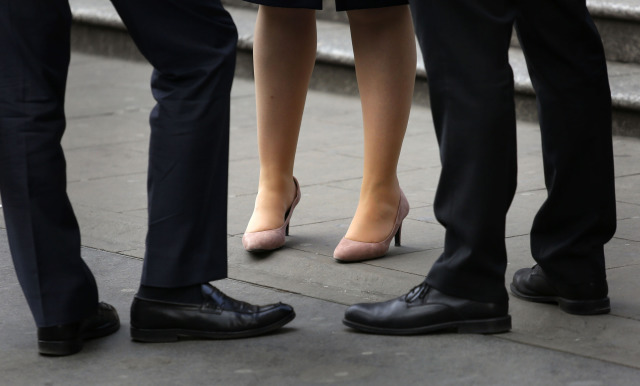 The research also called on the industry to do more to get more women “into the talent pipeline”, beginning at school age.

One senior woman within the industry, Virgin Media’s chief people officer Catherine Lynch, said encouraging more women into the sector at a young age was vital to its success.

“The future of our industry depends on finding the best talent, and we need to build workforces that are more diverse and inclusive,” she said.

“Virgin Media was the first company in our industry to sign the Young Women’s Trust pledge to help more young women into apprenticeships, and we are committed to achieving a 50:50 gender balanced workforce by 2025.”