Saudi Arabia has re-arrested women’s rights campaigner Loujain al-Hathloul, who is best known for her defiance of the kingdom’s driving ban.

Ms Al-Hathloul was detained at King Fahad International Airport in Dammam on the country’s east coast near the border with Bahrain on 4 June and is expected to be taken to Riyadh for questioning by the Bureau of Investigation and Prosecution.

She has had no access to a lawyer and has not been allowed to contact her family, Amnesty International reported.

The exact reason for her arrest has not been made public but Amnesty said they believe it is due to her human rights activism in the country.

The 27-year-old is most famous for defying the kingdom’s ban on female drivers after attempting to drive into Saudi Arabia from the United Arab Emirates.

Following the stunt, she was arrested and detained by the Saudi authorities for 73 days.

She then went on to stand as a candidate in the 2015 Saudi election – the first time women were ever allowed to stand – but her name was never added to the ballot paper.

Samah Hadid, Director of Campaigns for Amnesty International in the Middle East, said: “The Saudi Arabian authorities’ continuous harassment of Loujain al-Hathloul is absurd and unjustifiable.

Ms Al-Hathloul was detained at King Fahad International Airport in Dammam on the country’s east coast near the border with Bahrain on 4 June and is expected to be taken to Riyadh for questioning by the Bureau of Investigation and Prosecution.

“It appears she is being targeted once again because of her peaceful work as a human rights defender speaking out for women’s rights, which are consistently trampled in the kingdom. If so she must be immediately and unconditionally released. 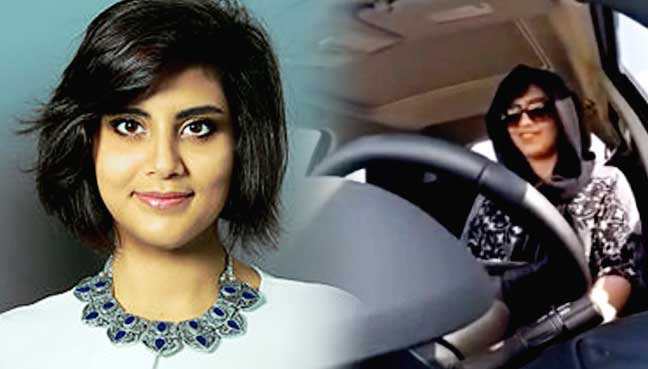 “Instead of upholding its promise of a more tolerant Saudi Arabia, the government has again shattered any notion that it is genuinely committed to upholding equality and human rights.”

The Kingdom is notorious for having one of the worst records when it comes to women’s rights.

All women living in the Kingdom are required to have male “guardians” – usually a male relative such as a husband, father or brother – who can decide whether they are able to work, go out in public and or study at university.’