Saudi Arabia, a country where women are not allowed to drive cars, has been elected to the United Nations women’s rights commission, sparking anger.

The kingdom was elected recently by secret ballot to a four-year term on the Commission on the Status of Women and will join 45 other countries on the panel, a UN press statement said.

The commission’s role has been to “promote shaping global standards on gender equality and the empowerment of women”.

Algeria and Iraq were also elected to join the commission along with ten other countries.

Under the kingdom’s conservative interpretation of Islamic law, women face many restrictions in work and travel.

UN Watch, a monitoring group, has harshly criticized the UN for allowing Saudi Arabia onto the commission.

“Electing Saudi Arabia to protect women’s rights is like making an arsonist into the town fire chief,” said Hillel Neuer, Executive director of the watchdog.

“It’s absurd – and morally reprehensible. This is a black day for women’s rights, and for all human rights,” he added.

“Today the UN sent a message that women’s rights can be sold out for petro-dollars and politics,” said Neuer, “and it let down millions of female victims worldwide who look to the world body for protection.”

The UN has also controversially removed the Saudi-led coalition fighting Yemen’s rebels from a list of states that violate children’s rights in war time. 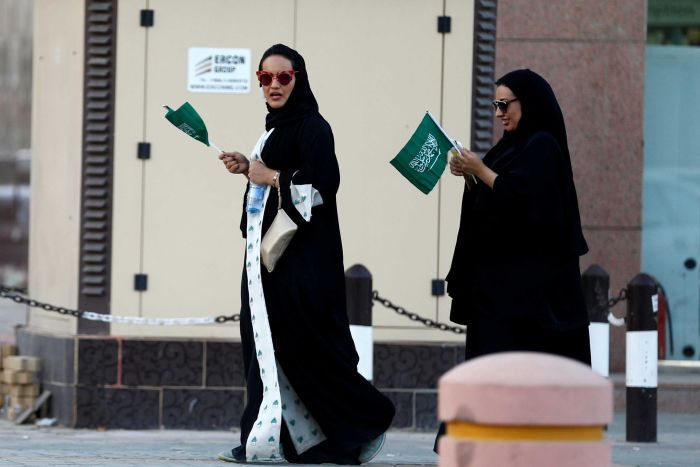 Last month, images of the inaugural meeting of the first Girls Council in Saudi Arabia’s al-Qassim province drew a slew of commentary over the absence of women.

Saudi Arabia has recently been swaying towards relaxing some restrictions on women as part of its Vision 2030 campaign.

In February it held it’s first-ever Women’s Day celebration with a three-day convention in Riyadh.

Attendees at the event listened to speakers who argued for women’s rights to drive and for an end to the kingdom’s male guardianship system.