A record number of women were killed in US-led coalition air strikes against Isis targets in Syria and Iraq last month, a monitoring tracking civilian casualties caused by airstrikes in the Middle East has said.

At least 57 women died in coalition air strikes in May, along with a minimum of 52 children, according to Airwars, a British non-profit organization.

According to the group’s estimates, last month was the second deadliest month for civilians since coalition airstrikes began in August 2014, with likely civilian deaths from coalition air strikes rising by 23 per cent compared to April.

A minimum of between 348 and 521 civilians were killed across Syria and Iraq in likely coalition in air strikes, its May report found.

It has reported “an unprecedented and sustained rise” in reported civilian deaths since the campaigns to liberate the Isis-held cities of Raqqa and Mosul began to escalate in January.

In the first five months of this year, the group tracked a third more likely civilian deaths from coalition strikes in Iraq and Syria than during the entirety of 2016.

Meanwhile, Russia has scaled down its campaign after a partial ceasefire was agreed in December 2016, meaning civilian casualties linked to the coalition outnumbered those allegedly perpetrated by Russia in Syria for the fifth month in a row.

Over two and a half times more casualty events were attributed to the coalition in Syria and Iraq than to Moscow’s actions in Syria, the report said.

Airwars’ report for May said more civilians are dying even though fewer targets are being hit in Raqqa, which they said suggests a possible change to the coalition’s rules of engagement which is placing civilians at greater risk. 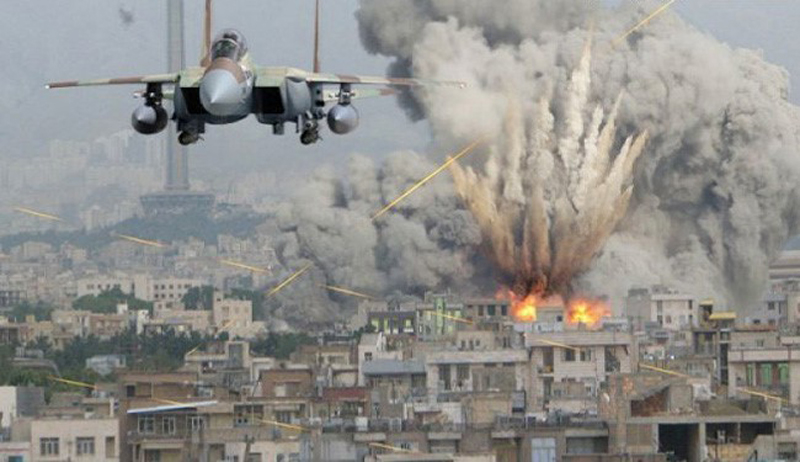 However, US military officials have previously insisted there have been no changes to the rules of engagement in Iraq and Syria, despite Mr. Trump’s campaign pledges.

It said as the campaigns to liberate Mosul and Raqqa intensified, civilians were repeatedly put at risk, whether in their homes or as they attempted to flee the war-torn cities and towns.

“Coalition forces work diligently and deliberately to be precise in our air strikes. Coalition forces comply with the law of armed conflict and take all reasonable precautions during the planning and execution of air strikes to reduce the risk of harm to civilians.

“The Coalition respects human life and is assisting partner forces in their effort to liberate their land from Isis while safeguarding civilians. Our goal is always for zero civilian casualties.”