Eight months after government banned the export of Ugandan women to work as house- maids in the Middle East due to mistreatment, traffickers are using the internet to net their victims.

This was revealed by 22-year-old Grace Apio*, who has just returned from a tragic three-week stint in the United Arab Emirates, where she lost a colleague to suicide. 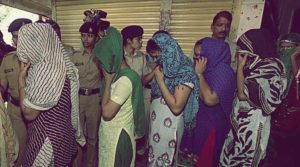 This is the latest twist in the often heart-rending story of desperate Ugandans lured by the promise jobs in the East only to see their dreams crushed by abuse. In an interview with The Observer, Grace revealed a clique of Ugandan ‘agents’ both here and in the UAE. They use the internet to net young women looking for greener pastures but who end up being used as sex slaves and mistreated house helps.

“I got the contact from the internet. As I was surfing for jobs abroad, a Google ad popped up and when I clicked on it, there was a WhatsApp number,” said Grace, who stopped in Senior six. “When I contacted the owner, I was happy to know that it was a Ugandan who later connected me to his colleagues in Entebbe who were to help me process documents to leave,” she said.

Grace, and another Ugandan woman, paid between Shs 1.8m and Shs 2m each for a flight to Abu Dhabi and were picked from the airport by a contact who took them to their place of work. On arrival, Grace saw her soon-to-be bosses giving money to her contact before she and her colleague were handed over.

“We had to wash about 20 cars each morning and look after a family of about 30 people. This was on top of no food, being beaten for any delay and getting insults,” she said.

According to Grace, her colleague committed suicide within days and she (Grace) asked her bosses to let her go since she couldn’t do all the work alone.

“They immediately locked me up in a small room and asked me to pay the money they had spent on my journey from Uganda which was about Shs 6m,” she said.

“The house wife occasionally lent me her phone to talk to my people back home and ask for money so I could be released or else they would regret what would happen to me.”

Grace says she was lucky to escape with the help of her boss’s son, who gave her some money to take her to the Ugandan embassy.

“When I arrived, I found four more Ugandan women waiting outside the [embassy] gate. The officials told us that they couldn’t help us but had to hand us over to police,” she said.

Asked by email to respond to Grace’s accusation that they failed to assist distressed Ugandans at their gate, our embassy officials in Abu Dhabi referred us to the ministry of foreign affairs.

By press time, the foreign affairs permanent secretary, Ambassador James Mugume, had not responded to e-mails of inquiry.