For the first time in Israel’s history, a woman was nominated to serve as the chief intelligence officer for an Israel Defense Forces regional command on Monday, the army said.

Col. “Nun” — who for security reasons can only be identified by her rank and first Hebrew initial of her name — was named as the next chief intelligence officer for the IDF Central Command, which operates in the West Bank.

Nun was drafted into the IDF in 2000 and served in a host of positions within Military Intelligence before her appointment to the high-ranking and highly sensitive role on Monday. It was not immediately clear when she would enter the new position.

Nun’s appointment was one of several announced by the IDF on Monday.

Brig. Gen. Eyal Harel was nominated to replace Brig. Gen. Shai Elbaz, who resigned suddenly last week ahead of a television report alleging he had multiple sexual relationships with subordinates in violation of military rules while he was commander of the navy’s elite Shayetet 13 commando unit.

Last Wednesday, Elbaz sent a letter to IDF Chief of Staff Aviv Kohavi and the head of the Israel Navy Maj. Gen. Eli Sharvit requesting to leave his position immediately.

“Brig. Gen. Shai Elbaz asked to end his position and resign from the IDF over publication of events that allegedly occurred more than 10 years ago and which included behavior that does not match the accepted norms of the IDF,” the military said in a statement.

Kohavi and Sharvit accepted his request.

“Brig. Gen. Elbaz is a high-ranking officer who has served in a variety of combat positions and contributed directly to the security of the State of Israel. The chief of staff determined that there is no place for these norms [he displayed] in the IDF and that he will show zero tolerance toward these types of incidents in the future,” the IDF said.

Another naval officer also stepped down last week in connection to the affair.

Last month, Lt. Col. “Gimel” — who for security reasons can also only be referred to by her rank and first initial of her Hebrew name — took command of the Nachshon Squadron, which operates surveillance aircraft.

“I believe that it is our duty in the Israel Defense Forces to fulfill the inherent potential in women. We are still far from this goal, but I am sure that this process will continue and that we will appoint female commanders and soldiers in a wide variety of positions in the air force and in the IDF in general,” the head of the air force, Maj. Gen. Amikam Norkin said at Gimel’s entrance ceremony. 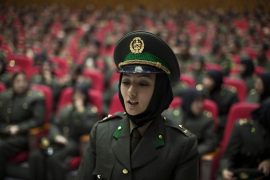 Afghanistan Women in Military Grows by 16 per cent 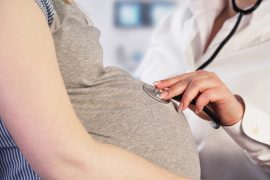 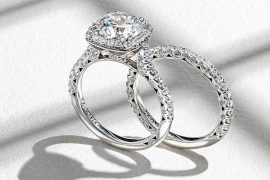