Born at the turn of the past century, Maria Félix is old enough to remember the Mexican Revolution – but too old to get the bank card needed to collect her monthly 1,200 pesos ($63) welfare payment. Félix turns 117 in July, according to her birth certificate, which local authorities recognise as authentic. That would put her in the ranks of the world’s oldest living people.

She went three months without state support for poor elderly Mexicans after she was turned away from a branch of Citibanamex in the city of Guadalajara for being too old, said Miguel Castro, Development Secretary for the state of Jalisco. Welfare beneficiaries now need individual bank accounts because of new transparency rules, Castro said.

“They told me the limit was 110 years,” Félix said with a smile in the plant-filled courtyard of her small house in Guadalajara.

Félix, who sells candies from a stand outside her home, got by on her modest sales but was delighted when Castro became aware of her case, delivering a cheque and an apology to her in person. “Sooner or later, God provides,” said Felix, waving a hand. “Here I am.“

In an emailed statement, Citibanamex, a unit of Citigroup Inc, said Félix’s age exceeded the “calibration limits” of its system and it was working to get her the bank card as soon as possible. It said it was adjusting its systems to avoid a repeat of the situation.

Castro called the situation “absurd” and said his office would keep giving Félix cheques until the problem was resolved.

Félix, who has outlived six of her 10 children, has survived tougher times. She said her father was killed and her mother kidnapped when she was a young child and that her two siblings disappeared in the 1910-1920 Mexican Revolution. “I grew up like an animal on the street,” she said.

But she also looked back fondly on the past, frowning as she described the rudeness she said was rampant today. “Before you were poor but happy, in peace,” Felix said. 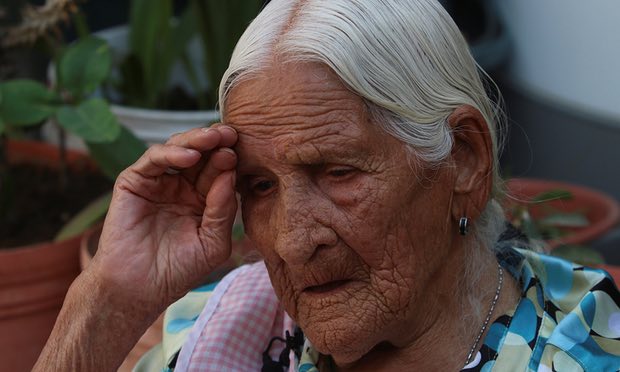 Félix credits her longevity to God, and says she enjoys a diet of stewed beans, nopal cactus, greens and the Mexican fruit pinguica – although she added that she had trouble digesting beans these days.

Alma Salas, Head of the Jaliscan Institute for the Elderly, said Félix was in surprisingly good health and had refused a wheelchair she tried to give her last year, preferring a cane instead.

The world’s oldest living person is now 117-year-old Violet Brown of Jamaica, according to the Gerontology Research Group. Only 2% of claims by people who say they are over 115 are verified by a process that requires multiple documents, according to the group’s website.

Félix said she did not spend much time worrying about her welfare payments. “Whether they give me help or not, I’ll be as happy as I have been all of my poor life,” she said.