Japanese lawmakers reached an accord Tuesday on a resolution to study letting women remain in the Imperial family and establish their own branches after marriage.

The draft resolution, to be added to a bill designed to pave the way for Emperor Akihito’s abdication, says that the creation of female-led family branches is “an important matter that cannot be postponed.” It calls for discussion to begin quickly after the legislation is implemented and for the results to be reported speedily to the Diet. Current law stipulates that female Imperial family members who wed commoners lose their royal status.

This version of the resolution was presented Monday by Liberal Democratic Party lawmaker Tsutomu Sato, chairman of the lower house’s Committee on Rules and Administration. The heads of the committee’s contingents from the ruling LDP and the opposition Democratic Party agreed on the draft Tuesday. The ruling coalition aims to have the committee begin deliberation Thursday and have the lower house pass the draft legislation Friday.

The explicit mention of female-led Imperial family branches represents a concession by the LDP to the Democratic Party, which pushed hard to have it included. But the opposition party compromised on timing, with the current draft pushing back the discussion to after the law’s implementation — slated for next year — rather than after the bill’s passage through the Diet. Similarly, while the Democrats sought to have a report submitted to the Diet in about a year, the draft ultimately did not specify a timetable.

Both camps stressed the concessions by each side. 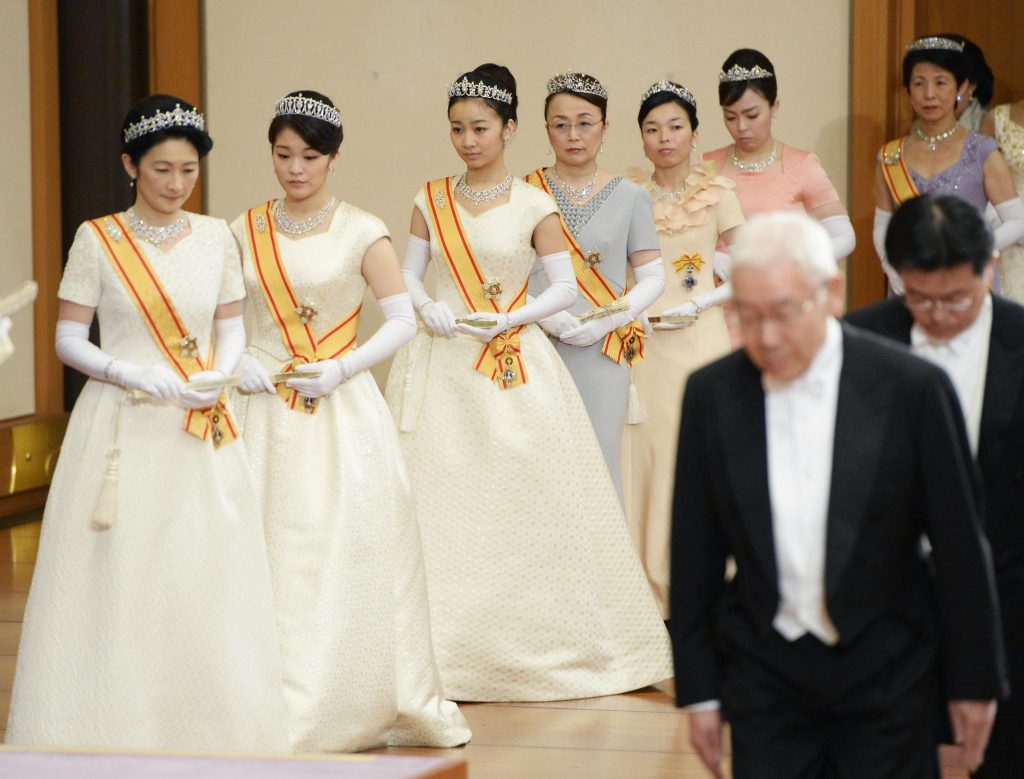 “We compromised where we could,” Tsuyoshi Takagi, leader of the committee’s LDP bloc, told reporters after the talks. His Democratic counterpart Kenta Izumi also said the resolution was not a total win for either party.

Once the legislation passes, the government will look into forming a new panel, possibly within the Cabinet Secretariat, to discuss how to ensure stable Imperial succession and deal with the Imperial family’s dwindling numbers.

Many conservatives, who form the LDP’s key support base, staunchly oppose the creation of female-led Imperial branches, arguing that it could lead to letting women or matrilineal descendants accede to the Chrysanthemum Throne. With Prime Minister Shinzo Abe wary as well, the panel may not favor the idea from the outset.

In the short term, the discussion will likely focus on allowing female Imperial family members to continue their official duties after marriage. It may later look into restoring Imperial family branches stripped of that status shortly after World War II. But the former would not help with the succession issue, and some view the latter as unrealistic.

Adding urgency to the debate is the expected engagement of Princess Mako, the eldest daughter of Prince Akishino, to a commoner as early as this summer. The mention of female-led Imperial houses in the draft resolution represents some progress on the issue. But with the timing of the panel’s eventual report left up in the air, the government could yet kick the can farther down the road.